Soybean rust has been reported on soybeans in the southern United States for the first time this year, but it’s unlikely that Ohio soybean growers will have to worry about the disease this growing season.

“The first find of soybean rust was reported in Texas on June 10, on the border with Mexico. Current predictions for other southern states is that they won’t begin to detect it for another 4 weeks at the earliest because of unfavorable weather conditions for the disease to spread,” said Anne Dorrance, an Ohio State University Extension plant pathologist with the Ohio Agricultural Research and Development Center. “As a result, for Ohio, we are at a very low risk for soybean rust to develop this season.”

Soybean rust has not yet been reported in Ohio. Last year was the closest it came to the state, with detections in Kentucky in early September, followed a month later on late-planted soybeans in southern Indiana.

“What was most impressive last year was the amount of rust that built up in the southern states at the end of the season,” said Dorrance. “In addition to soybeans, the amount of kudzu that was also infected is also a growing concern. However, the good news is that not all kudzu is susceptible to the current strains of soybean rust we have right now. In addition, this past winter was so cold in the southern states that much of the kudzu was frozen for a long time, thus taking out both kudzu and soybean rust.”

Dorrance said that even if soybean rust were to arrive in Ohio late in the growing season, it might not be much of an issue for growers. Any potential threat would occur after harvest or well beyond pod-fill. In addition, soybean rust does not overwinter, so any inoculum would die off.

Since its discovery in the United States in 2004, researchers across the U.S. have learned quite a bit about soybean rust:

• The disease is manageable.

• Kudzu is an overwintering host for the disease, but not all kudzu species are susceptible.

• The amount of inoculum is greatly reduced over winter.

• Several effective fungicides have been identified for soybean rust control.

• The development and spread of the disease is highly weather dependent.

• The disease does not appear to jump onto soybeans from other hosts until after flowering during the prime growing season; this does not hold true for soybeans that emerge during the winter in the southern U.S.

For the latest information on soybean rust development across the country, log on to the U.S. Department of Agriculture’s Integrated Pest Management-Pest Information Platform for Extension and Education website at http://www.sbrusa.net. 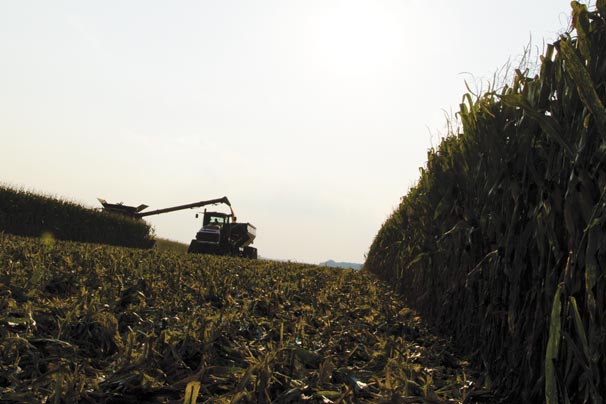