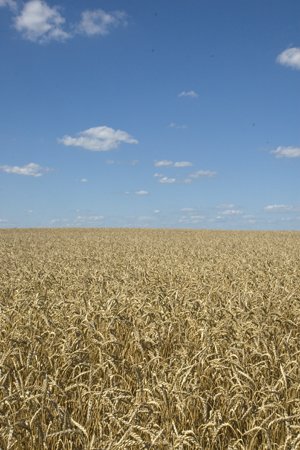 The death toll from Russia’s forest and peat fires hit 50 Thursday, as government efforts failed to stop the blazes from spreading.

Continued scorching temperatures have also extended the damage caused by Russia’s worst drought in a decade, as Prime Minister Vladimir Putin called for a ban on grain exports and set aside nearly $1.2 billion for stricken farmers.

The total area on fire increased to 196,000 hectares Thursday, a gain of around 7,000 hectares from the previous day, as 373 new fires appeared and 254 were extinguished, the Emergency Situations Ministry said.

In all, 589 separate blazes were burning throughout Russia, 70 more than Wednesday, despite 162,000 emergency workers deployed to fight the flames. The fires have consumed over 2,000 dwellings and left around 4,000 people homeless, while causing an estimated RUB4.6 billion of damage.

In the hard-hit Nizhny Novgorod region, where the largest fires are burning, six towns have come under threat, state news agency RIA Novosti reported. A body was found in a burnt-out house in the region, while another victim died in a Voronezh region hospital, bringing the death toll to 50.

An armored, remote-controlled firefighting robot was used to battle fires near Sarov, home to Russia’s top nuclear research facility. Emergency workers moved radioactive material from the site Wednesday, even though the head of Russia’s atomic agency said there was no danger.

Around 35 fires were blazing around Moscow, where visibility was improved after the city of 10.5 million people was choked by the thickest smog in years Wednesday.

The government has been criticized for being slow and ill-equipped in responding to the disaster, and for pushing through changes in the country’s Forest Code that centralized the firefighting system and cut forest service employees.

The unrelenting heat has also extended one of the worst droughts in Russia’s history. The government will ban grain exports from Aug. 15, as the outlook for this year’s harvest shrinks and domestic grain prices continue to soar, local news agencies reported. Putin told a government meeting that he supported the ban, and that RUB35 billion will be allocated to supporting victims of the drought.

Renaissance Capital boosted its forecast for Russian inflation in 2010 to between 7% and 7.5%, up from a prior estimate of 6.3% because of possible effects of the drought on food prices.

The record temperatures have also forced the rescheduling of some national soccer championship matches from daytime to cooler evening hours. Sales of surgical masks soared in Moscow as the air quality worsened, while shoppers report weeks-long waits for air conditioners.