The Animal Agriculture Alliance is dismayed that the Humane Society of the United States (HSUS) has been deemed eligible to compete to win $250,000 in the online Pepsi Refresh Project.

Pepsi began the project in January of 2010 with the goal of awarding grants to “innovative and inspiring causes”. Ideas are submitted by individuals, groups, non-profits and businesses with no more than $25 million in revenue. Each month, up to 10 grants are awarded for each denomination of $5,000, $25,000 and $50,000. Two grants of $250,000 are also given. Winners of the grants are selected by public votes on the Pepsi Refresh Project website and text messages. Each month, the projects and organizations competing change and voting restarts.  Past winners of $250,000 grants include the Kanzius Cancer Research Foundation, AIDS Research Alliance, Homes of Hope for Children, Inc., Teach for America and the American Legion.  Fourteen of the past 17 grants of $250,000 have specifically benefited children and eight of the 17 grants have gone toward medical research.  Currently, HSUS is in the top spot to receive a $250,000 grant during the November period. According to the Pepsi Refresh website, HSUS plans to use the funding for “veterinary care, equipment purchases, fleet maintenance, shelter supplies, animal food and travel expenses.” HSUS already has a $100 million budget. Thus, we believe it is already capable of paying for these things without an additional 0.25 percent financial increase.  More importantly, HSUS is not affiliated with any local animal shelter. Improving animal welfare is not the main concern of HSUS and other animal rights groups. These extremists are systematically working to prohibit the ownership and use of animals in any way — be it for companionship, entertainment, or food. Most of its money goes towards expensive legislative campaigns and litigation- much of which is aimed at livestock producers.

Analysis of its 2008 tax return shows that only one-half of one percent of the group’s funds actually went towards caring for animals. This past April, Charity Navigator downgraded its rating of HSUS and its international arm to lower than that of even the People for the Ethical Treatment of Animals, which is generally considered a radical group.

Interestingly, the Pepsi Refresh official rules indicate that proposed initiatives cannot “challenge, lobby for or seek to change current laws” or “involve political advocacy.” By applying for this grant, HSUS is unfortunately, and we believe selfishly, taking votes away from organizations that could actually benefit from such a generous donation. The third place group in the running for $250,000 plans to use the grant to fund research on a rare neurological disorder afflicting children. In fourth place is Hanna’s Hope Fund, the only charity worldwide dedicated to exploring and working towards a cure for the deadly genetic disease GAN. Unfortunately, these groups will not receive any funding as long as HSUS continues to dominate the ballot.

Another politically-focused organization, Progress Ohio, is currently in the lead in the $50,000 category with a project focused on eliminating antibiotic use in the animal agriculture industry. The group’s proposal includes several inaccurate statements about how livestock are cared for on today’s farms.

The Alliance strongly encourages its members and supporters to make an effort to prevent HSUS and Progress Ohio from receiving this money by voting for other, more deserving causes. Registering to vote at www.refresheverything.com is free and takes less than 60 seconds — all that is required is a valid email address. Each person can vote for 10 projects each day through November 30. Read the Alliance’s letter to Pepsi and notify Pepsi  of HSUS’ true intentions. Spread the word on Facebook or Twitter. 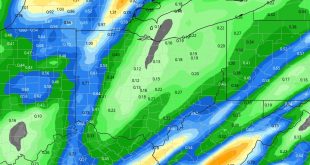