2010 is the 500th Anniversary of the first decorated Christmas tree

Little is known about the first decorated Christmas tree in Riga, Latvia, other than the tree was placed in the public marketplace and decorated by members of a merchants guild to honor the birth of Christ. A ceremony was held and the tree was burnt at its conclusion.

The year of that first decorated Christmas tree was 1510, 500 years ago. A plaque now marks the spot where the first Christmas tree stood. This year, Christmas tree growers from around the world are commemorating the 500 years of the beloved holiday tradition.

“Christmas tree growers from Ohio are proud to be a small part of this long and cherished Christmas tradition,” said Dave Reese, president of the Ohio Christmas Tree Association. “Many of the Christmas tree farms in the state will being doing special activities and promotions to commemorate this occasion. It is not every year you get to be a part of a 500-year anniversary.” 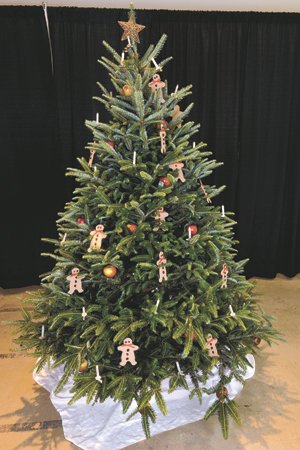 The first written record of the decorated Christmas tree comes from Riga, Latvia. In 1510, the men of the Merchants Guild decorated a tree with paper roses for the marketplace. The fir tree commemorated the Holy Child while the roses a symbol for the Virgin Mary. In 1530, there is a record from Alsace, France, that trees were sold in the marketplace and brought home. Laws limited the size of the trees to “eight shoe lengths,” a little over four feet. 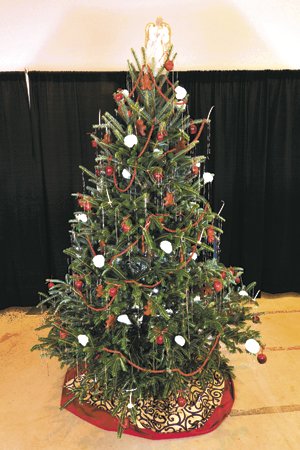 In the churches of this time, apples were used to decorate evergreen trees as props for the “miracle plays.” The Christmas tree with apples symbolized the “Tree of Paradise” in the Garden of Eden; it was used as a means of teaching the Bible story, of good versus evil in paradise. The first record referencing the “Christmas Tree” to describe a decorated tree was Strassburg, Alsace, 1604. This is recognized as a pivotal event in the history of the Christmas tree. 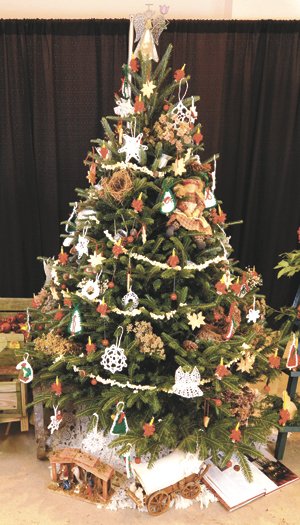 In homes of this period, it was common to decorate evergreens with apples, gilded nuts, cookies and red paper strips. Edible ornaments became so popular that the trees were often referred to as “Sugar Trees.” In this century the first accounts of lighted candles being used as decorations on Christmas trees came from France. A letter to a friend dated 1798 described the enchanting beauty of many candlelit trees seen in the houses of the times. 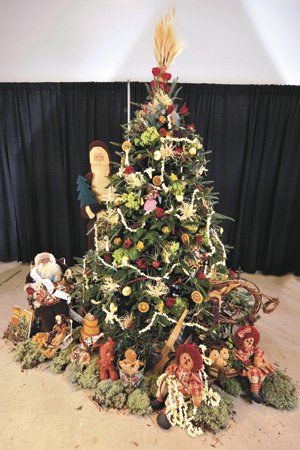 The Christmas tree was introduced in the United States by German settlers first as a tabletop size and soon became a floor-to-ceiling tree. In 1851 Christmas trees began to be sold commercially when Mark Carr hauled two ox sleds of evergreens into New York City. During the 1870s, blown glass ball ornaments from Lauscha, Germany, appeared as decorations. These evolved as chains of balls, toys and figures and became a favored 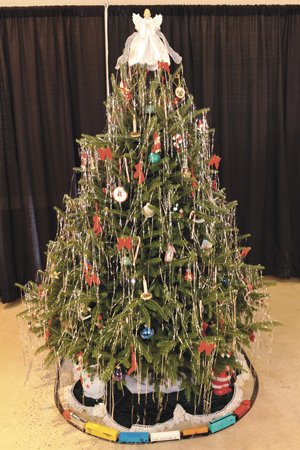 The first electric lights on a Christmas tree occurred at the home of Thomas Edison’s assistant, Edward Johnson, in 1882. President Grover Cleveland first used tree lights in the White House in 1895. In 1903, electric lights referred to as “switchboard lights” were sold in New England; they did not become widely popular until the 1930s. Under President Calvin Coolidge, the first annual lighting of the White House Christmas tree began in 1923.

To commemorate this momentous anniversary, the NCTA also released commemorative cards and ornaments featuring the original artwork of Jesse Barnes and J. Wecker Frisch for the occasion. In addition, a special ceremony will be held at the site of the world’s first decorated Christmas tree, Reese said. “Whatever your plans for the Christmas season, take the opportunity to visit a tree farm to get a real tree to celebrate the season, support your local economy, benefit the environment, and participate in 500 years of this great holiday tradition.”