The Agri Broadcasting Network, better known as ABN by listeners who have tuned in for farm news since Ed Johnson founded the network in 1972, ended operations in early December.

ABN was purchased by Clear Channel in 2001, and in 2007 was sold to AdVance Broadcast & Communication owned by Lindsay Hill and Andy Vance. Also in 2007, Johnson’s son, Bart Johnson, teamed up with veteran farm broadcaster Dale Minyo to launch the Ohio Ag Net.

Due to the closing of ABN Radio (Buckeye Ag Radio Network) the Ohio Ag Net is expanding farm programming on many stations throughout Ohio by adding afternoon programming. To help with the effort, Kirby Hidy of Washington Court House and Ty Higgins of Powell have joined the Ohio Ag Net.

“We are very pleased to add a tremendous amount of farm radio and communications experience to our staff with these two men,” said Bart Johnson, who is also the publisher of Ohio’s Country Journal. “Kirby and Ty are great additions to the group we already have. They will allow us to expand in some exciting new directions to better serve Ohio agriculture.” 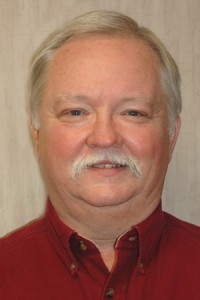 Hidy will be working with the Ohio Ag Net and Ohio’s Country Journal as the Agri Business Marketing Specialist. He is a native of Fayette County where he graduated from Miami Trace High School. He then went on to graduate from The Ohio State University with a B.A. in communications.

In his professional career, Hidy has served as the agri-business    account executive and assistant farm director for WRFD radio; a farm broadcaster at WIMA/WIMT; a sales manager for Buckeye Farm News, livestock editor and director of media relations at Ohio Farm Bureau; director of marketing at Manna Pro Feeds; Chief of Markets at the Ohio Department of Agriculture; director of marketing for the National Cutting Horse Association; and national sales manager for Digital Print, Inc. in Ft. Worth, Texas.

Hidy has also owned and showed cutting horses for 15 years. He currently lives in Washington Court House with wife Kim. They have two sons, Christian and Quinn, and a daughter, Morgan. 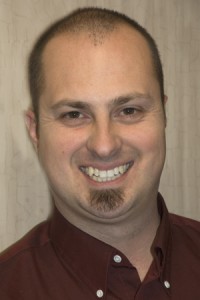 Higgins joins the Ohio Ag Net as a Farm Broadcaster and director of broadcast operations. He brings a farm background, on air radio personality and farm broadcasting experience to the company. Higgins will anchor the new afternoon programs for the Ohio Ag Net.

He was born and raised on a dairy farm in Croton, Ohio. He graduated from Johnstown Monroe High School in 1996 and went on to The Ohio State University to study broadcast journalism. Along the way, he was given the opportunity to start his career as a farm broadcaster at AM880 WRFD. From there, Higgins spent over 12 years at WHOK-FM. Higgins enjoys golf, cooking and enjoying time with his family. He and his wife Angela have two children, Paige and Calvin.

See a complete list of stations and and air times for Ohio Ag Net programming. 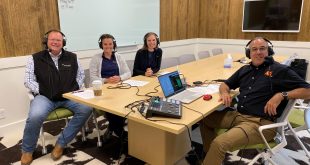 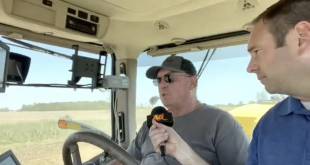