By Tim Reeves, the Country Chaplain 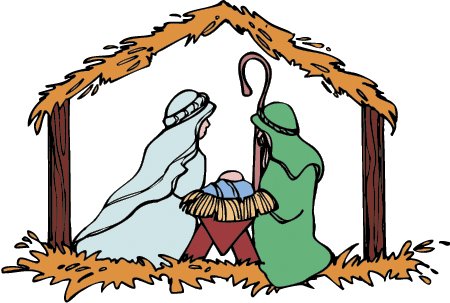 A little over a year ago, I spent two weeks in the Holy Land on a combination sabbatical and visitation. Two dozen other pastors who like me who had also never visited the Holy Land were my traveling companions. We spent one week in Galilee and one week in Jerusalem.

As part of the Jerusalem leg, we spent a day in Bethlehem, the city of the Christmas story. We learned a great deal more about the real Christmas story than what we in the Western world know and imagine. We learned that some of the cherished images and stories of that first Christmas, which we hold so dear, are simply not true. However, what we learned makes the story even that much more personal.

For one, the shepherds were not grazing their sheep out on the hillsides at night. Nighttime grazing was not the common shepherding practice of that day. Instead, they would herd the sheep into caves dug into the hillsides around Bethlehem, then a shepherd would stand guard at the single entrance to the cave to protect the sheep from marauding wolves and wild dogs. The original caves are still there today.

Literally, the shepherd would sleep in the entrance. The shepherd was the only protection for the sheep against those creatures that would attack and destroy the sheep. The angels still appeared in the sky above the shepherds but the sheep were safely underground while that Heavenly chorus rang out the good news of the first Christmas.

That also meant, though, that when the shepherds left the flock to run into town (which was about 3 to 4 miles away as the crow flies) the shepherds were taking a real gamble with their sheep. However, their desire and zeal to find the long-awaited Christ child overcame their duty to remain with the sheep. They could have easily chosen to remain safe and secure in the caves, but they did not.

The other salient point is that shepherds were not welcome in town. Shepherds smelled like sheep and were considered “ritually unclean.“ If found in the town, they could be arrested and heavily fined. So, the shepherds risked everything to find the real Christmas.

Likewise, the story of the “crowded” inn is not quite accurate. It makes for a nice story, but it doesn’t truly reflect the context of those times. No record can be found of Bethlehem ever having an “inn.” It was much too small a town to justify an “inn” exclusively for visitors because no one visited Bethlehem unless they had to.

Instead, what typically occurred was that anyone traveling through Bethlehem (or any other similar small town) was welcome to stay with relatives or with friends of relatives. Hospitality was a dominant aspect of Middle Eastern life back then and still is today. No matter how distant a relative might be, if they show up at your doorstep, you are obligated to let them stay with you, even if it means you must inconvenience yourself and sleep on the roof.

However, when Joseph showed up with a very pregnant and ready-to-deliver wife, not even a close relative wanted to “make room” for the couple. In the Jewish belief, any bloody discharge in a house would make the entire household ritually unclean, including every man, woman, child and animal in the house at that time. To be made ritually clean required a trip to Jerusalem and a payment to the priests for the ritual cleansing. Since Joseph’s relatives were all poor and a journey to Jerusalem would have been very time-consuming and expensive, the only way for Joseph’s relatives to save face yet also be “hospitable” was to tell Joseph there was no room in the home available for him and his pregnant wife. There very well might have been room, but the expectant wife gave his relatives an “out” and allowed them to save face.

That’s why Mary and Joseph were relegated to a stable (actually it would also have been a cave) where the baby could be born with all the “blood mess” yet no one except Joseph, Mary and the other animals would be made “ritually unclean” by the blood.

So the fact that Joseph and Mary were not turned away by some nameless, faceless, unknown innkeeper but by their own family members makes the rejection that much worse.

Now I know, that smacks in the face of what many Westerners have believed for years and years. I know how it questions the Norman Rockwell-like images we have of Christmas with the wooden stable and the quiet hillside covered with sheep.

However, I like the real story better. The reality that Joseph and Mary were turned away not by an innkeeper they didn’t know but by their own family members, regardless of how distant, makes the rejection even that more poignant. Because of religious beliefs and personal religious protection, Joseph and Mary were forced into the stable-cave by their own family members, while the lowly and despised shepherds weren‘t afraid to defy convention. It demonstrates that religious tradition and insistence on adherence to the past rather than embracing the truth of the day was just as much a problem back then as it is today.

It also tells us the real Christmas story is about choice. The shepherds made a conscience choice to take a risk and go find Jesus. Joseph’s relatives made a choice to stand by tradition and the “law” rather than take a risk for someone in need.

Will we be like the shepherds and “run” to find the light of Christmas? Or will we be like Joseph’s relatives and find excuses to justify our actions in turning away from the real Christmas?

My hope and prayer is that God will bless you and your family this Christmas season and may you find the real meaning of Christmas in your own heart.