At Ohio’s Country Journal, we made a significant effort to expand and improve upon our Web site in 2010 and it has been extremely successful at getting the news out instantly. We have enjoyed the chance to get Web site visitors the stories they want to know about as they are happening. The response from Ohio agriculture has been fantastic with many visitors this year. Here are the most commonly viewed stories on the Web site from 2010. 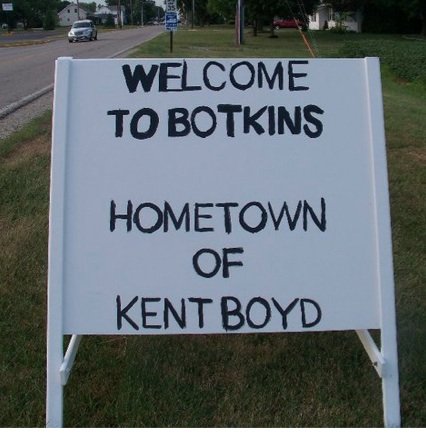 Kent Boyd danced his way from his hometown in Botkins to the finals for the TV show, “So You Think You Can Dance” on Fox.

Each week Boyd wowed the judges with his talent and America fell in love with his innocence and charming, genuine and goofy personality. As Boyd’s fame grew, Botkins became prouder and prouder, especially since there was a little confusion about where he was from. He graduated from Botkins High School, but his address is Wapakoneta. On the show they actually talked about Wapakoneta quite a bit, because they had so much trouble trying to pronounce it. Both towns got more and more involved decorating town and hanging signs, notifying people via Facebook and holding gatherings in support. There was even a prayer service the night of the finale.

For the complete story, visit: https://ocj.com/blogs/heather/from-farmtown-to-hollywood/. 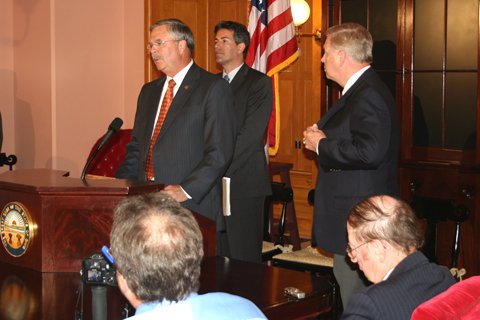 There was no hotter topic of conversation this year from the coffee shop to the State House than the agreement between Gov. Ted Strickland, Ohio agriculture and the Humane Society of the United States. Upon hearing about the agreement, some cussed, some rejoiced and everyone wandered how it would shape the future of animal agriculture in Ohio. At the center of this often heated debate was Jack Fisher, who made the announcement about the agreement in a press conference with the governor and Wayne Pacelle of HSUS.

For the complete story, visit: https://ocj.com/livestock/a-conversation-with-…-jack-fisher-executive-vice-president-ohio-farm-bureau-federation-about-the-hsus-agreement/.

Nov. 2 was a momentous day for Republicans as they made great gains at the Federal level and re-gained control of the U.S. House of Representatives. Most political pundits agree that the nation sent a clear message to its legislators that the current course of the federal government needs to be altered.

Few places saw more of a wild swing towards Republicans than the state of Ohio, a well-documented political battleground and an important state for determining the outcome of Presidential elections. In the two key statewide races, Republican John Kasich won a narrow victory for Governor and Republican Rob Portman won George Voinovich’s vacated Senate seat.

For the complete story, visit https://ocj.com/countrylife/2010-election-results/. 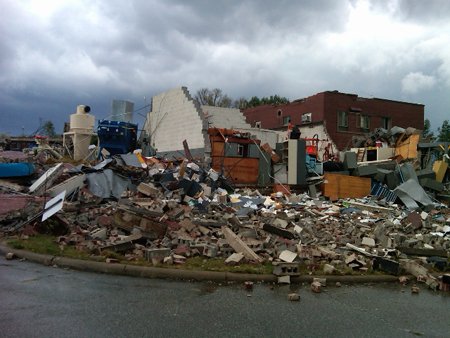 At about 5:30 p.m on Sept. 16, a severe storm went through the Wooster campus of the Ohio Agricultural Research and Development Center. One greenhouse and at least three buildings, including Research Services, Agricultural Engineering, and Stone House, were damaged.

Trees are down across the campus, including in Secrest Arboretum. The adjacent Agricultural Technical Institute did not sustain damage.

For the complete story, visit: https://ocj.com/news/featured/wooster-campus-damaged-by-storm-oardc-ati-closed-sept-17/. 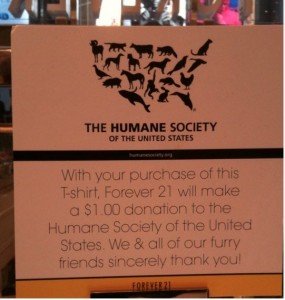 Forever 21, a popular clothing store for teens and 20-somethings, is now supporting the Humane Society of the U.S. (HSUS), the richest anti-animal agriculture organization in America. This is a call-to-action. I hope you will join me in writing to the company and letting them know how you feel.

This sign was discovered in New York by Dustin Homan, an agriculture leadership student at The Ohio State University. The photo was then posted on Facebook by his fellow classmate and Simmental breeder, Emily Brinkman. The sign reads, “With your purchase of this T-shirt, Forever 21 will make a $1.00 donation to HSUS. We and all our furry friends thank you!”

For the complete story visit: https://ocj.com/livestock/hsus-teams-up-with-forever-21/.