Congressional leaders from both parties have expressed interest in reining in the U.S. Environmental Protection Agency’s expanding regulations. In one such effort, Ohio Representatives Bob Gibbs and Jean Schmidt took the lead on H. R. 872 that addressed the EPA’s duplication of regulations with National Pollutant Discharge Elimination System (NPDES) permits.

H.R. 872, the Reducing Regulatory Burdens Act of 2011, passed the House earlier this year and was just passed by the Senate Agriculture Committee with a strong bipartisan vote. This legislation clarifies that NPDES permits are not required when applying pesticides according to their EPA approved label. Ohio Farm Bureau, American Farm Bureau, and the nation’s crop organizations were pleased with the bill’s progress one step closer to a vote on the Senate floor. U.S. Sen. Sherrod Brown (D-OH), voted in favor of the measure.

From a statement from the Ohio Corn and Wheat Growers Association: “OCWGA is pleased by Sen. Sherrod Brown’s vote to keep farmers from being overly burdened with duplicative regulations.  There are plenty of rules regarding usage of pesticides in agriculture. Sen. Brown’s vote shows that while he understands the need for environmental regulations, he also recognizes when regulations become counterproductive to business and do nothing to further protect the environment. There are laws in place regarding usage; they are good laws and they are working. EPA’s own analysis suggests that the NPDES permits program for pesticides will result in the single greatest expansion of the program in its history, creating unnecessary work for shrinking state agencies and for farmers, who are part of Ohio’s No. 1 economic driver — agriculture.”

For most of the past four decades, water quality concerns from pesticide applications were addressed within the registration process under the Federal Insecticide, Fungicide and Rodenticide Act (FIFRA), rather than a Clean Water Act permitting program.  H.R. 872 amends both the Clean Water Act and FIFRA in order to restore the previous regulatory framework.

Under a federal court ruling in 2009, pesticide applicators would have to apply for an NPDES permit if the chemical reaches a body of water, which could include ditches and culverts.  While NPDES permits will not provide any additional environmental benefits, the complex new requirements will expose farmers to potential citizen action suits for something as simple as paperwork violations. If a legislative solution is not achieved when the new requirement goes into effect, farmers that are not in compliance could be subject to fines of up to $37,500 per day.

“We are happy to see the Senate taking action on this important legislation,” said Wayne Hurst, National Association of Wheat Growers president. “Wheat farmers work hard to comply with the extensive processes in place to ensure the products we use on our farms are safe. New requirements added by the Sixth Circuit Court would only create paperwork for us and government officials without adding any additional measure of safety for the public. We urge quick completion of this bill.” 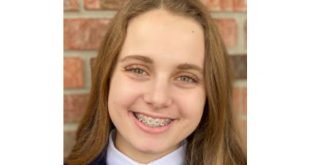