What can we learn from the USDA stocks and acreage reports? 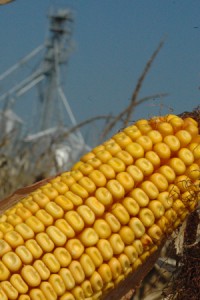 A large number of factors have contributed to the higher prices of corn and other commodities over the past year. The beginning of the price increase can be traced to the USDA’s forecast of 2010 corn planted acreage and the estimate of June 1 corn stocks released on June 30, 2010, said University of Illinois agricultural economist Darrel Good.

“The USDA’s June 2010 forecast of corn planted acreage came in at 87.872 million acres, 926,000 fewer than indicated in the March 2010 Prospective Plantings report. The market was generally expecting acreage to exceed March intentions,” he said.

“The low stocks estimate implied a level of feed and residual use during the third quarter of the 2009-10 marketing year that was too large to be believed. Subsequently, the September 1, 2010, corn stocks estimate came in larger than expected so that feed and residual use of corn during the final quarter of the year appears abnormally small,” he said.

The estimates of feed and residual use for the last half of the year and for the entire year appear logical, but the distribution between the third and fourth quarters was unusual, he noted.

“A year later, there is once again a major focus on the USDA’s Grain Stocks and Acreage reports to be released on June 30,” he said. “For the June 1 stocks estimate, it is useful to calculate what the inventory should have been based on the estimate of March 1 stocks, known consumption in March, April and May (domestic processing uses and exports) and an estimate of feed and residual use during the quarter.”

Based on weekly USDA estimates and Census Bureau estimates for March and April, exports during the March-May quarter were near 504 million bushels, Good said.

“Based on weekly estimates of ethanol production and the projected rate of use for other food and industrial products, total processing use of corn during the quarter was likely near 1.62 billion bushels,” he said.

“Fourth-quarter feed and residual use will be influenced by the level of wheat feeding, which is expected to be large due to the much larger soft red winter wheat crop and the current low price of wheat relative to corn,” he said.

“For soybeans, the magnitude of the domestic crush and exports during the March-May quarter can be fairly closely predicted based on estimates from the USDA, Census Bureau, and National Oilseed Processor Association,” Good said.

According to Good, planted and harvested acreage forecasts for both corn and soybeans are more difficult to anticipate than is typically the case. Late planting in the eastern Corn Belt and northern Plains along with flooding in the Ohio, Mississippi and Missouri River Valley is thought to have reduced total cropland acres planted relative to intentions reported in the USDA’s March Prospective Plantings report. Intentions were for 92.2 million acres of corn and 76.6 million acres of soybeans.

Last year’s experience with the June 30 reports, along with the high degree of uncertainty about planted and harvested acreage, highlights the importance of this year’s reports, he noted.