The discovery that a bacterial species in the Australian Tammar wallaby gut is responsible for keeping the animal’s methane emissions relatively low suggests a potential new strategy may exist to try to reduce methane emissions from livestock, according to a new study.

Globally, livestock are the largest source of methane from human-related activities, and are the third-largest source of this greenhouse gas in the United States, according to the U.S. Environmental Protection Agency.

Wallabies and other marsupials — mammals like the kangaroo that develop their offspring in a pouch — are dependent on microbes to support their digestive system, similar to livestock such as cows, sheep and goats, but Tammar wallabies are known to release about 80 percent less methane gas per unit of digestible energy intake than do livestock animals.

Scientists have used DNA sequence data to devise a way to isolate and grow cultures of a dominant bacterial species from the Tammar wallaby gut and test its characteristics. The analysis confirmed that this bacterium would contribute to a digestion process that produces low levels of methane. Using this information, scientists hope to devise a way to augment the microbial mix in livestock animals’ digestive systems and therefore reduce their methane emissions.

An added bonus for the wallabies, the researchers say, is that the presence of this bacterium frees up more digestible energy for nutritional purposes in host animals. The energy the fermentation process uses to produce methane gas during digestion actually robs animals of some of the nutritional quality of their food.

“Our long-term goals are really to improve nutrient retention by livestock, and reducing methane emissions is just one area where we seek to have a positive impact, both on animal productivity and the environment,” said Mark Morrison, senior author of the study and a professor of animal sciences at Ohio State University. Morrison has an appointment with the Ohio Agricultural Research and Development Center (OARDC) and is also the science leader in metagenomics for CSIRO (Commonwealth Scientific & Industrial Research Organization) Division of Livestock Industries based in Brisbane, Australia.

The study is in press in the journal Science and appeared online as a Science Express report on June 30, 2011.

Marsupials are often considered similar to ruminants — a class of mammals that have multiple compartments, including one called a rumen, in their stomachs — because both groups have a digestive system that supports a “pre-digestion” of food by microbes, to process their plant-based diets. And this process, which includes a period of fermentation to break down the foods and release nutrients, causes the animals to discharge methane gas.

Early research in this area showed that methane emissions from Tammar wallabies amount to 1 to 2 percent of their digestible energy intake, compared to methane emissions of roughly 10 percent of digestible energy intake in sheep. In addition, marsupial and ruminant gut anatomies differ, which influences how quickly food moves through the digestive system.

Over time, however, researchers have noted that Tammar wallabies in particular produce only about a fifth of the amount of methane produced by livestock ruminants as a result of differences in anatomy and microbial compositions in their guts.

Last year, Morrison and colleagues reported that there were key bacterial and enzyme-based differences between the gut contents of Tammar wallabies and other herbivores, including cows. The scientists are employing metagenomics, the application of DNA sequencing of organisms and computational methods to study entire communities of microbes.

From that complex microbial community of roughly 500 bacterial species in the Tammar wallaby gut, the researchers determined that one of the dominant bacteria there belonged to the Succinivibrionaceae family. The researchers were able to isolate and grow this bacterium, called WG-1, in culture to test and confirm its properties. It produces succinate as a main end product of fermentation — not one of the usual end products associated with higher methane production.

“There are also Succinivibrionaceae in the rumen; however, there has not been a lot of focus on those bacteria, especially from the context that they might contribute in any way to a reduction in methane production,” Morrison said. “Our findings with the Tammar wallaby were a bit of a surprise, but we think they provide an important clue for how rumen fermentation might be directed away from methane formation.”

Much more analysis will be needed, he noted. Now that the researchers have isolated and grown WG-1 in culture, they want to isolate bacteria in livestock digestive systems that are probable distant relatives to the wallaby bacteria. Better understanding of how these target bacteria behave should help researchers figure out how to increase their numbers and their contributions to livestock digestion, Morrison said.

“We hope that in the next few years, in addition to there being strategies that inhibit the abundance of methane-producing microbes in livestock, we will have identified how to augment the growth of other bacteria so that feed digestion and fermentation remain optimal but also are accompanied by reduced methane emissions,” he said.

Co-authors of the study include Phillip Pope, Wendy Smith, Stuart Denman and Chris McSweeney of CSIRO Livestock Industries; Susannah Tringe, Kerrie Barry and Philip Hugenholtz of the U.S. Department of Energy Joint Genome Institute; and Alice McHardy of the Max Planck Institute for Informatics and Heinrich-Heine University DÃ¼sseldorf. Pope is also affiliated with the Norwegian University of Life Sciences and Hugenholtz is now the director of the Australian Centre for Ecogenomics, based at the University of Queensland. 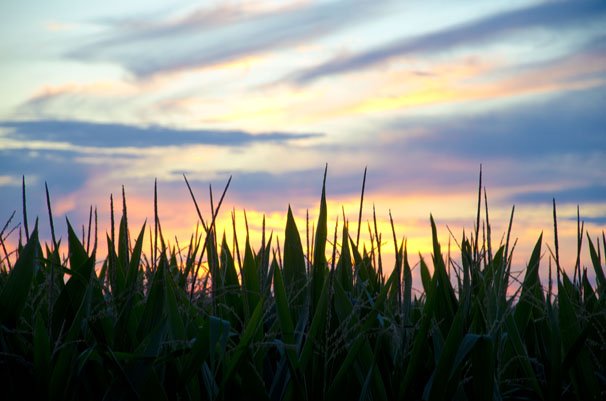 By Matt Reese We are a tight knit bunch at Ag Net Communications. You may …