The 2011 butter display at the Ohio State Fair, July 27-Aug.7, pays tribute to our nation’s space program and recognizes the retirement of NASA’s space shuttle program.

Each year, the American Dairy Association Mideast selects an icon or theme to feature in butter that is non-political, non-controversial and reflects optimism and broad audience-appeal.  This year’s theme is no exception as Ohio’s dairy farmers recognize that our state has made significant contributions to flight and space exploration.

The retirement of the space shuttle program marks the end of an era.  Throughout most of the history of the space program, Ohio produced more astronauts than any other state. In fact, twenty-four astronauts have called Ohio home, including space pioneers John Glenn and Neil Armstrong, who we previously honored by sculpting in butter. Ohio’s dairy farmers also previously paid a butter tribute to the Wright Brothers, Ohio’s fathers of aviation.

The 2011 butter display is one of the most complex displays ever sculpted at the Ohio State Fair and features the interior of a space shuttle cockpit with intricate details such as flight controls, dials, gauges and display systems.  Inside the cockpit, an astronaut floats above the command console while enjoying freeze dried ice cream.  These sculptures share the cooler with the traditional life-size butter cow and calf.

Three Cincinnati-based free-lance technical sculptors engaged primarily in the toy industry sculpted this year’s display, which was crafted from approximately 1,550 pounds of butter, donated in part by Dairy Farmers of America.  The display was completed in 475 hours, in which approximately 250 of those hours were spent actually sculpting the butter. 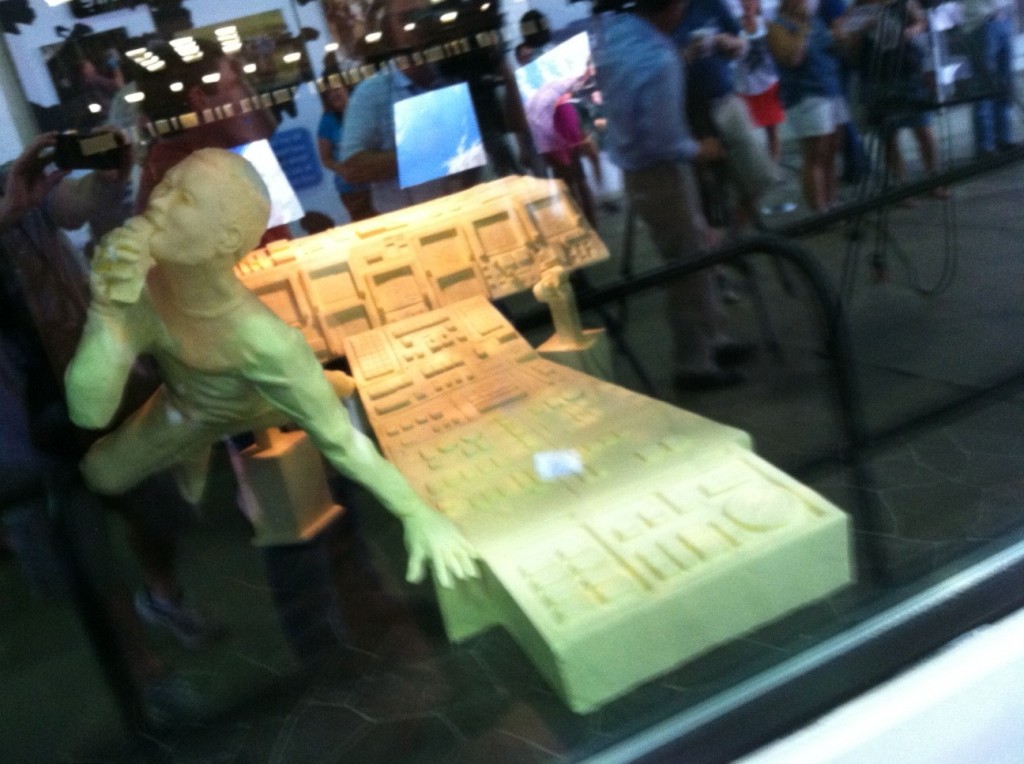 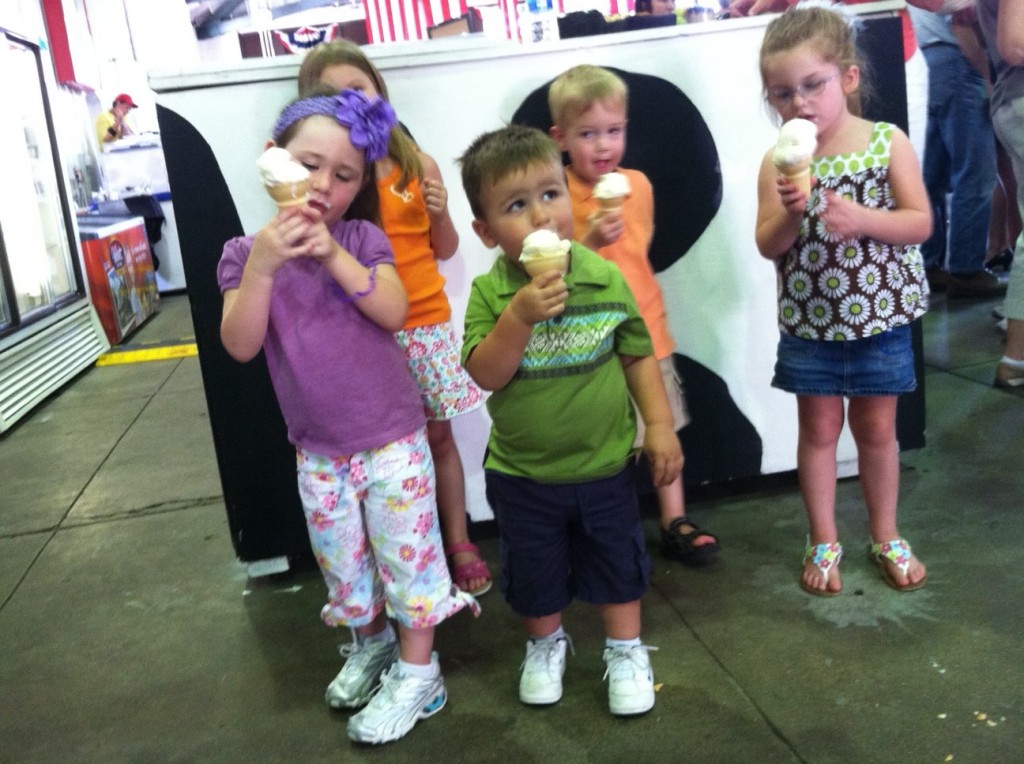