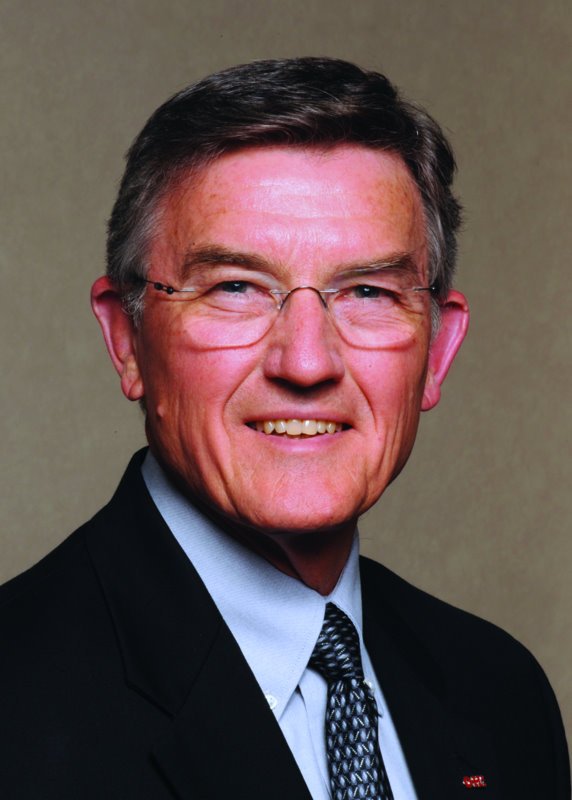 The longest-tenured dean at The Ohio State University announced his transition plans today.

Bobby D. Moser, vice president for Agricultural Administration and dean of the College of Food, Agricultural, and Environmental Sciences (CFAES), said he would step down as dean once his replacement is found.  He has agreed to stay on during a transitional period to assist a new dean and will be accepting some new assignments once the search is completed.

As vice president for agricultural administration, Moser oversees the college, Ohio State University Extension, the Ohio Agricultural Research and Development Center (OARDC), and the Agricultural Technical Institute (ATI). This includes 1,900 faculty and staff, 3,200 students, and an annual budget of $195 million.

“There has been no greater ambassador for The Ohio State University than Bobby Moser,” said E. Gordon Gee, president of Ohio State.  “His commitment to students and his passion for the university’s land-grant mission are matched by his extraordinary outreach to our agricultural and Extension partners in Ohio and beyond.  Bobby’s uniquely personal approach and visionary leadership have defined the College of Food, Agricultural, and Environmental Sciences for the past two decades. Truly, his career has been a calling, and I am deeply grateful that he chose Ohio State as his home.  He has strengthened us in immeasurable and enduring ways.”

As leader of agricultural administration, Moser guided the college to strengthen its research, teaching and outreach efforts with a combination of four underlying principles: Production Efficiency, Economic Stability, Environmental Compatibility and Social Responsibility.

He led his college to center on global issues of enormous impact to the world’s increasing population through the college’s three Signature Areas: Food Security, Production, and Human Health; Environmental Quality and Sustainability; and Advanced Bioenergy and Biobased Products.

The restructuring and renaming of the college via an effort called Project Reinvent in 1994.
A 204-percent increase in grant awards, to $39.6 million in 2011 vs. $13 million in 1991.
The issuance of more than 86 patents.
Garnered nearly $30 million in Ohio Third Frontier grants.
The donation of nearly $83 million to the college from more than 28,000 donors.
The establishment of the Food Innovation Center.
The designation of Center of Excellence in Agriculture, Food Production, and BioProducts by former Gov. Ted Strickland and former Chancellor Eric Fingerhut.
The building of the Nationwide and Ohio Farm Bureau 4-H Center, the first certified “green” building on an OSU campus.
The building of the Parker Food Science and Technology Building.
The building in Wooster of one of only two biocontainment facilities in the nation that can handle both plants and animals at the Biosafety Level-3 Agriculture level.
In leading the only comprehensive agricultural college in the state, Moser has been an advocate for science-based learning and policy decisions, and has been “invaluable” as a member of the Ohio Livestock Care Standards Board, said Jack Fisher, member of the Board of Trustees and executive vice president of the Ohio Farm Bureau Federation.

“Bobby has excelled at connecting our land-grant university to elected officials, social advocates, environmental leaders, Farm Bureau and other agricultural organizations. The relationships he built, and his advocacy for food and farming, will leave a lasting mark on every citizen of Ohio,” Fisher said.

Moser’s leadership in global agricultural development was recognized in his appointment in 2005 by then President George W. Bush and Indian Prime Minister Manmohan Singh to the U.S.-India Knowledge Initiative on Agricultural Education, Teaching, Research, Service and Commercial Linkages. He has served in a multitude of leadership roles on the international, national and state level, and has received numerous accolades.

“Bobby is a leader among deans, focusing on the greater good,” said Joseph Alutto, executive vice president and provost at Ohio State. “He exemplifies the One University concept with a multidisciplinary focus that is not shackled by artificial assumptions about the limits of knowledge or practice. The impacts of his work in Ohio, the nation and world will be felt for generations.”

Under Moser’s leadership, the CFAES image expanded beyond a traditional “cows and plows” view to a place of high science and education. In independent reports, Battelle termed the college and its entities as economic engines and job creators, critical to Ohio’s financial future.

Moser said he would assist the new dean during the transition and assist the university in continuing its worldwide momentum. Known for his collaborative style, courteous approach and humility, Moser said, “It’s been my distinct honor to work with the dedicated and visionary leaders at The Ohio State University. I’m indebted to the gifted and hard-working faculty, staff and students in CFAES. They’ve brought our college distinction and they have served Ohio and the nation well in addressing critical issues. And I’m grateful for the relationships and friendships developed over the years with legislators, commodity groups, the agricultural industry, and community leaders.”

He and his wife, Pat, have two sons and seven grandchildren, and they reside in Dublin, Ohio.

Shortly after making this announcement, Dr. Moser visited with Ty Higgins about his career and his plans for retirement.