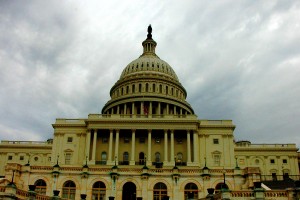 Much of the agricultural sector praised the passage of the free trade agreements in the House and Senate. The White House transmitted the FTAs with Korea, Colombia and Panama to Congress last week.

The fiscal returns from the successful passage of the FTAs will also help offset the federal deficit to propel the nation for economic growth. Statistics show that the FTAs have the potential to create 250,000 American jobs and to add an additional $13 billion annually in exports.

The United States is the largest corn producer and exporter in the world. During the 2009-2010 marketing year, the U.S. exported 50.4 million metric tons of corn worldwide. The U.S. is also the world’s largest wheat exporter, with half of its production moving to export markets. In the 2010-2011 marketing year, the U.S. exported nearly 1.3 billion bushels of wheat valued at $10.3 billion.

“These agreements will not just benefit Ohio farmers. It will benefit the overall state economy and provide job-growth opportunities,”  said Bret Davis, Ohio Soybean Association president and Delaware County soybean farmer. “These agreements do not just benefit soybeans, but all grain, oilseed, fiber, fruit, vegetable and livestock products. We look forward to working to gain market share and to bringing new economic and job-growth opportunities back to the U.S. and Ohio.”

Ohio soybean farmers benefit greatly from international markets and thousands of Ohio jobs depend on soybean exports. The trade agreements with Colombia, Panama and South Korea will result in increased exports of Ohio soy and soy-fed meat and poultry and will benefit soybean farmers and rural economies. According to the American Farm Bureau Federation, the agreement with South Korea alone represents an additional $1.8 billion annually. Ohio soybeans will benefit because:

The major  livestock sectors of Ohio also stand to benefit significantly from the trade agreements.