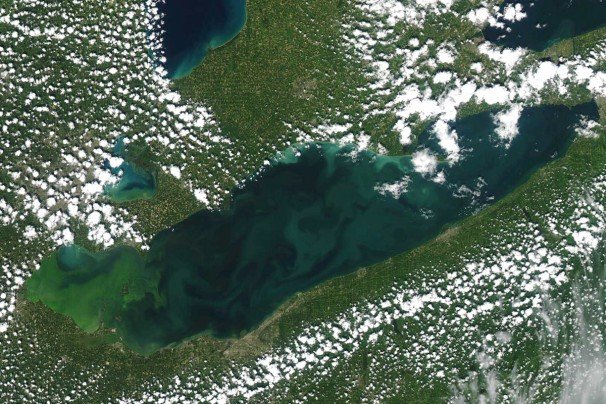 Farmers and other key stakeholders successfully reduced total phosphorus going into Lake Erie over the past 50 years, but must revaluate nutrient management practices to more effectively manage dissolved phosphorus in those same bodies of water, according to one Ohio State University Extension expert.

“It’s a different problem from what we had in the 1960s and 70s in terms of total phosphorous going into the lakes,” said Greg LaBarge, Ohio State Extension educator and one of the leaders of Extension’s Agronomic Crops Team. “From an agricultural standpoint, we changed tillage practices, which reduced the total loading going into the lake from agriculture. We cleaned up the phosphorous and had a very healthy lake.”

Thirty years ago, farmers in the watershed of Lake Erie’s western basin were challenged to meet aggressive standards for reducing the total amount of phosphorus impacting the lake. The Ohio Department of Agriculture (ODA) credits those farmers for succeeding in cutting phosphorus use in half, while also reducing sediment loading into the lake by 50%.

The water quality issue at hand is no longer total phosphorus, but the dissolved form. Studies have shown that the amount of dissolved phosphorus has increased significantly, leading to a number of concerns related to the health and ecosystems of the lakes affected.

“Dissolved phosphorous is an algal-available nutrient in the water leading to the algal blooms seen in recent years,” LaBarge said. “The Agronomic Crops Team was asked to help with an agricultural nutrients and water quality working group that came together from ODA to develop recommendations for the governor.”

The working group, according to ODA, is comprised of experts and stakeholders from more than 25 organizations, government agencies, and private companies. Led jointly by ODA, the Ohio Department of Natural Resources and the Ohio Environmental Protection Agency, the group was tasked with developing and recommending new strategies for minimizing environmental impacts caused by agricultural practices.

LaBarge said while farmers successfully reduced total phosphorus when asked to do so several decades ago, they will need to think a little differently to handle the issue of dissolved phosphorus.

“The best management practices are going to be different,” he said. “It’s probably going to go beyond tillage, and in all honesty, one of our biggest challenges is in identifying the source. It’s really an unknown at this point, so we’re trying to work backward from the lake to determine where it’s coming from. We’re doing soil sampling and trying to run different scenarios.”

After the third meeting of the working group, the three governmental agencies called on farmers to adopt production guidelines known as “4R Nutrient Stewardship.”

The 4R concept refers to the idea of using the right fertilizer source, at the right rate, at the right time, with the right placement. LaBarge said using the 4Rs as a basic stewardship guideline is a good place for farmers to start.

“It certainly makes sense because they follow the best management recommendations about soil testing and fertility, among others,” he said. “They all mesh together, and ultimately we’re all going to be working toward ways to best manage the nutrients and keep them on the land for crop production, instead of in the lakes.”

He said the working group is working toward a February deadline to develop and deliver specific recommendations to the governor.

Following the most recent meeting of the group, Oct. 17, the government agencies asked farmers to adopt some specific practices in line with the 4R concept:

* No spreading of fertilizer on frozen or snow-covered ground

* As much as possible incorporate fertilizer into the soil layer.

LaBarge said the task of reducing dissolved phosphorus in Ohio lakes would not be a short-term project, and that farmers have an important role to play in the process.

“I think this is a beginning to at least putting in place the things we think might be a solution, or at least to help mitigate the problem. It’s going to be a long-term look. I don’t think anyone has the expectation of changing things in a year, because it’s going to be an ongoing effort.”