Conservative bloggers recently bashed President Obama for implementing a new Christmas tree “tax” and created quite a stir on the Internet. This “tax” is actually a checkoff that the Christmas tree industry has been working on getting implemented for quite some time. 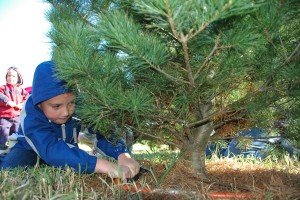 was cited as “to provide all interested persons, including the Christmas tree industry and the general public, an opportunity to become more familiar with the program.”

Tree farmers have spent more than three years studying checkoffs and preparing their petition. There has been a great deal of media attention on the program after it was mistakenly labeled as a “tax on Christmas Trees” on a blog. Many news media outlets nationwide then began reporting this inaccuracy without comment from the industry or USDA.

“The program is not a tax — it is an industry-requested self-assessment to fund promotion and information programs to encourage American consumers to buy farm-raised Christmas Trees,” said Betty Malone, a tree farmer from Oregon who chaired the Checkoff Study Task Force that submitted the request to USDA.

Agricultural producers have created checkoffs like this one since 1966, and they date back to the Johnson administration. There are more than 20 such boards in existence

currently, and some well-known promotional boards have developed successful research,

study other commodities and crops that have these programs,” said Malone. “We focused on commodities that were similar in size: blueberries, mangoes, watermelons, sorghum and several others. We facilitated sessions in the four top growing areas of the country. By now there have been at least 100 meetings across the country at state and national Christmas tree meetings discussing the checkoff. We did everything that was asked and played by the rules.”

Promotion & Research Boards are created when the industry gathers together and petitions USDA to create a promotional board according to the law. Following an open comment period, USDA reviews the petition and creates the board if it meets certain requirements, as happened here. The board is made up of farmers, not USDA officials. All the costs associated with the board and program are billed back to the industry, and zero taxpayer dollars are involved in the administration of the board. USDA provides oversight to the board to ensure it is operating within the law and is meeting its stated goals.

“It’s just so disappointing to have something like this happen because of an internet rumor,” said Malone. “Farmers know dirt. We know how to grow things. But in this changing world, it is not enough to grow a great product. We want our businesses to be successful and we have to let people know about our product. That takes time, coordination and money. Here we were, a group of farmers trying to pool our own money together to sell more of our crop, and now we’re not allowed to because someone decided to call it a tax, when it’s not.”

NCTA encourages consumers to know the facts about Christmas Trees and the farmers that grow them as they get ready to decorate and celebrate the Christmas season. For

information on Real Trees and to find a farm/lot near you, visit www.realchristmastrees.org.