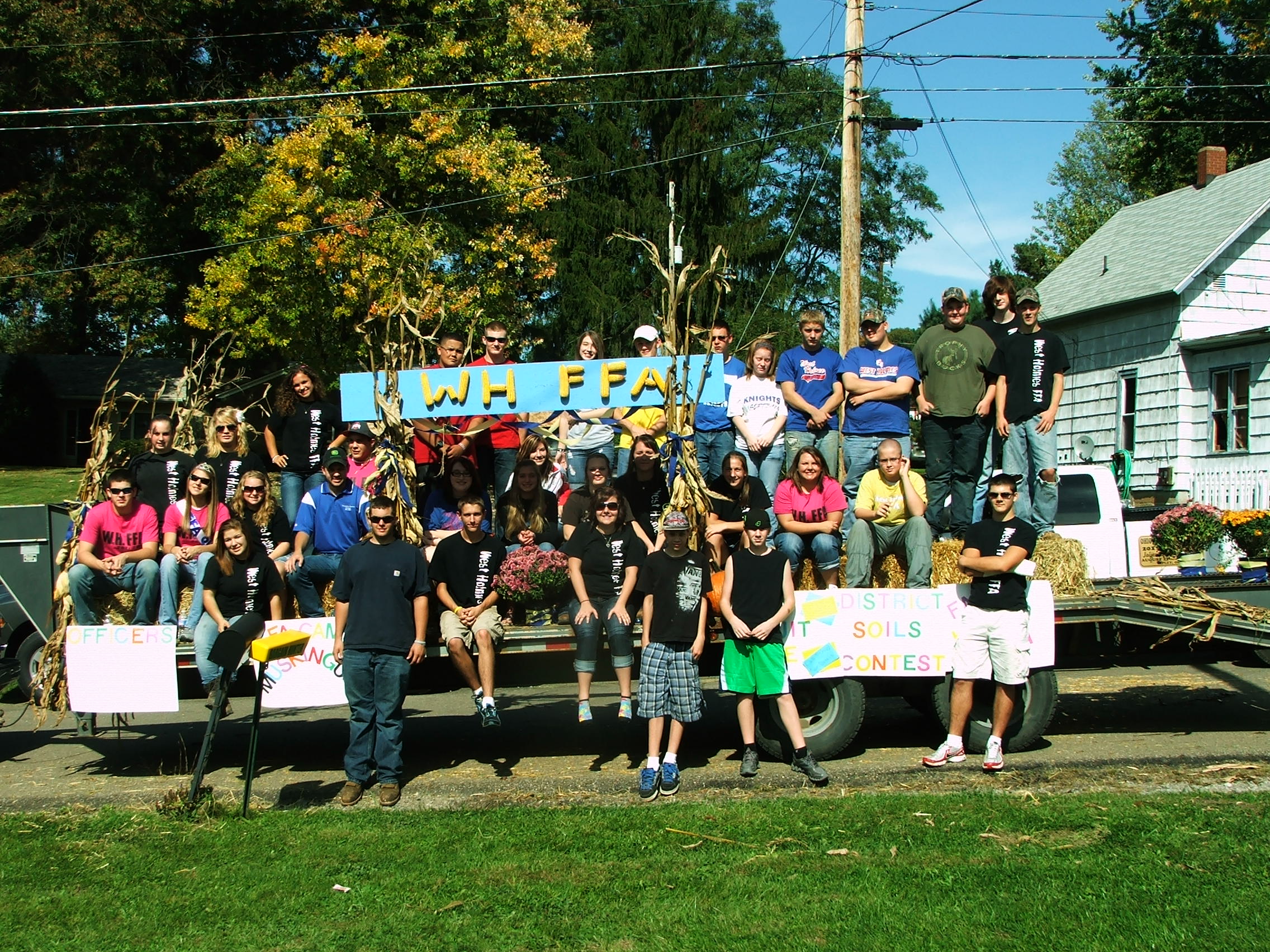 On Saturday November 5th, the West Holmes FFA sent 10 members to the District 8 trap shoot at Bethesda Sportsman Club. They were separated into two teams, Team A which consisted of Travis Campbell, Derek Reutter, Brandon Bowles, Atlee Miller and Terry Medley. They placed 4th out of 15 with a score of 148..  Team B consisted of Chris Sprang, Vincent Schlauch, Wyatt Mellor, Jace Freewalt, and Wes Adams. They placed 11th out of 15 teams with a score of 113. While there, members participated in shooting clay pigeons in two sets of five rounds with a maximum score of 250 points. Great job to those members who participated.

During the 2011 Antique Festival, the West Holmes FFA presented a float in the youth category of the parade. Members prepared, designed, and decorated the float during study halls, lunch periods, and after school. The float consisted of fall mums, pumpkins, corn stalks, and ribbon along with highlighted events the Chapter has done over the past year and upcoming events. The afternoon was filled with excitement and members enjoyed riding in the parade. At the end of the parade, we were announced as “Outstanding Youth Float.”  We would like to thank the people in charge of the parade for organizing the event and for a job well done.