Research on rates of seed treatment

We evaluated the rate and efficacy of numerous seed treatments this past year. For the vast majority of these trials, there was no significant difference in 2011.

When we could get into the fields, conditions were typically very good with warm, dry soils. Our irrigated field study, at Northwest branch, showed resistance levels to P. sojae in the variety was the most important factor this year. 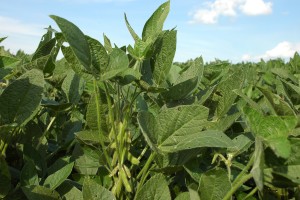 We evaluated the 0.16, 0.32, and 0.64 fluid ounces per hundredweight of Apron XL on Sloan (moderate partial resistance), Conrad (high partial resistance) and Kottman (Rps1k, Rps3a plus high partial resistance).  Fungicides had no effect this year on early stand or yield at two locations (P>0.3). However, variety was highly significant (P<0.0001) for final yields. Yields of Kottman were greater than Conrad, which was greater than Sloan. Resistance to P. sojae provided from 30% to 65% more yield in the resistant varieties compared to the susceptible variety at these two locations in 2011. We have shown over a number of years that seed treatments will be effective in reducing the impact of damping-off, but that the best resistance package of an Rps gene combined with high levels of partial resistance provides consistent performance over years.