High prices could compete with conservation

The U.S. Department of Agriculture’s offer to pay farmers and landowners more money to stop farming their land to create additional wetlands and grasslands may not be enough incentive to get more growers to forgo planting crops that have fetched record prices in recent months, an 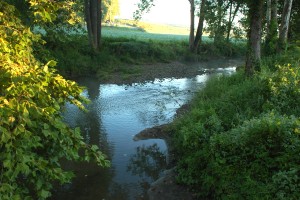 In a move to get farmers to enroll up to 1 million new acres of land into the federal Conservation Reserve Program, the USDA last week said it would increase a one-time signing bonus for the program to $150 per acre from $100. The increase will be available only to owners of approved land that features wetlands and benefits duck nesting habitat and certain animal species, including upland birds, the USDA said.

The offer comes as 6.5 million acres of land are set to expire from conservation programs this fall. That land could return to tillage at a time when high crop and land prices are enticing more farmers to put the land into production, according to Agriculture Secretary Tom Vilsack.

Currently some 30 million acres are in the program. But with crops fetching higher prices, such as soybeans, which increased 9.5% last month to $13.13 a bushel, more farmers are likely to consider returning their farmland to crops rather than participating in CRP, said Brent Sohngen, an agricultural economist with Ohio State’s Ohio Agricultural Research and Development Center.

Land is typically enrolled into CRP for 10 or 15 years and can then be re-enrolled. While most acres do re-enroll, this year it’s going to be harder to convince more farmers to do so, he said.

With crop prices at historic highs due to increased global food demands and higher commodity prices that have caused land values to rise, more farmers are finding that they can make more profit by renting their land to other farmers for production, said Sohngen, who also has an appointment with Ohio State University Extension and is a professor in Ohio State’s Department of Agricultural, Environmental, and Development Economics.

“You’ll probably be lucky to get 70 to 80% of land back into the program this year as more and more farmers are likely to take the risk and farm the land,” he said. “While a lot of farmers will be happy to keep their land in CRP because it didn’t make sense to farm the land for a number of reasons, more farmers on a bigger scale than in previous years are thinking they could get higher prices farming the land. It’s become a real tradeoff for some — have the guaranteed, stable payment to keep the land in CRP or take a chance to get a higher payment farming it.”

In Ohio, some 338,117 acres of farmland are currently enrolled in the conservation program, said Christina Reed, spokeswoman for the Ohio Farm Service Agency. Of those, 26,561 acres are set to expire this year, she said.

The general sign-up program for farmers who want to put land into CRP is from March 12 to April 6. Farmers and landowners can offer new land for evaluation for the program, while those who are already in the program with contracts that expire this year can make new contract offers, she said.

New this year, USDA said that producers whose land meets eligibility criteria for wetlands and certain animal species can enroll in the program at any time. Land is chosen for CRP using an Environmental Benefits Index that considers wildlife, water, soil, air, enduring benefits and cost, to determine the environmental benefit of the land, according to Reed.

One reason land is set aside in the conservation program includes efforts to reduce erosion, which can cause soil runoff that results in chemicals such as nitrogen and phosphorus getting into streams, rivers and lakes, the USDA said. The federal agency estimates that the program keeps some 600 million pounds of nitrogen and some 100 million pounds of phosphorus from making their way into waterways.

Sohngen said the question of how much land to keep in CRP is cyclical and that the amount of land coming out of conservation programs has been on a downward trend in recent years.

“But if we refocused our efforts on CRP to get the right land enrolled in the program, we could do just as good a job of conservation with fewer acres,” he said.