FDA takes measures with antibiotic use in livestock

Every time anyone opens their mouth to take a bite food, they are taking a risk. But, as it turns out, not eating food is even riskier. 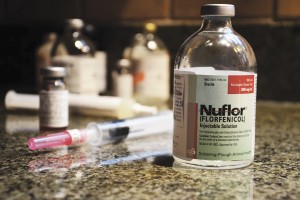 poultry. There is a current scientific debate about the ability of bacteria treated with antibiotics to develop resistance. Some of these “superbugs” that thwart treatment efforts have developed already and are a growing concern. In terms of livestock, preventive or “production” treatments are of particular concern because they are typically low doses that may more easily facilitate the development of resistance.

The U.S. Food and Drug Administration (FDA) is currently working through the vast and complex science of this issue in determining the risk levels of antibiotic use in livestock. There is no concrete proof that there is a significant risk involved with antibiotic use in livestock, but there is no proof that there is not, either. There are proven, and very significant, benefits with current antibiotic practices, and the FDA is scrutinizing all possible risks to see if they outweigh the benefits.

As a result, the FDA announced that it is taking three steps with regard to antibiotic use in livestock by publishing three documents in the Federal Register:

In a three-year timetable for phasing out antibiotics used to spur growth in food-producing animals, the FDA proposal relies largely on getting the livestock and drug industries to voluntarily cut their use. The plan calls for drug companies to stop using 200 drugs labeled for the promotion of growth and instead use them only to treat and prevent diseases.

Companies would be required to change their drug labeling by removing growth promotion as a valid use for antibiotics that are primarily given to livestock through feed. The re-labeled antibiotics would then no longer be available to farmers over the counter. Instead, a veterinarian would have to prescribe the medically important drugs.

Livestock industry critics of the measures generally feel that while there is nothing wrong with increased veterinary oversight, the changes will disproportionately affect small producers, have a negative effect on animal health and increase the cost of producing food while not improving public health.

Chuck Wildman has concerns with how the changes could affect business on his 650-sow Madison County farrow-to-finish operation.

“The devil is going to be in the details,” he said. “We have a veterinarian on the farm not less than every six weeks. We’ll see if we have to have the vet come out more often.”

Like the vast majority of livestock producers, Wildman takes great care to use antibiotics sparingly to treat problems in his hogs as needed.

Wildman fears the extra hoops to jump through will do little but add to the mountain of paperwork and regulation he already has to deal with.

“All these regulations add five minutes here and five minutes there. Pretty soon, I am going to run out of five minutes to work with, and I know it will be sooner than the paid staff of the larger farms,” Wildman said. “Any time you add a new a regulation, you hurt somebody. It is going to hurt the guy that will least be able to deal with it and that will be the smaller farmer.”

Dr. Leah Dorman, of the Ohio Farm Bureau’s Center for Food and Animal Issues, is a veterinarian who has closely followed the debates surrounding antibiotic use in livestock, also has some concerns with FDA action.

“The ‘Judicious Use of Medically Important Antimicrobial Drugs in Food Producing Animals’ has been out for awhile, but is now in its final form. Basically, it covers those drugs that are used in human medicine that we also use in food producing animals,” she said. “It limits these medically important antibiotics to uses that are considered necessary for assuring animal health, which means they can only be used for the prevention, control and treatment of disease. This phases out the production uses of these drugs such as ‘increased rate of weight gain’ or ‘improved feed efficiency.’ It also phases in veterinary oversight in the use of these drugs.”

For example, penicillin is labeled for treatment of disease and is currently an over the counter medication, but that could be changing.

“Because penicillin is used in human medicine, it is considered medically important and therefore would have to be used with the oversight of a veterinarian. So, this could mean you no longer will be able to run to the local elevator or feed mill to get penicillin because you will need a prescription,” Dorman said. “Although I see the value of having veterinary involvement, I worry about how these changes affect the small farms, as they are less likely to be able to afford or may not have access to a veterinarian. And, something to keep in mind is that two of these FDA documents are guidances, which puts in writing what the agency is thinking about regarding antibiotic usage in food producing animals. They are not legally enforceable responsibilities, yet. They certainly give a good idea of the regulations that might be coming in the future.” 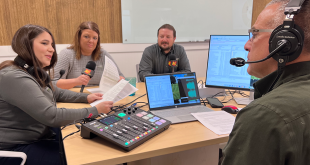