A new era in American agriculture was ushered in this week. The CME expanded its grain trading hours and is now trading 21 hours each day. Beginning Sunday night the electronic session started at 6 pm eastern time, going until the next day at 3 pm. The markets will then close on Friday afternoons at 3 p.m. eastern time. No longer is there a trading pause from 8:15 eastern until the pit opening at 10:30 am eastern. The pit will continue its normal trading hours of 10:30 a.m. eastern until 2:15 p.m. eastern. The settlements will continue to be posted in the afternoon. Electronic trade in the afternoon will continue 45 minutes beyond the 2:15 p.m. pit close. The settlements for the day will continue to use the 2:15 p.m. pit close. This change by the CME first started out as a 22 hour day and was then revised back to 21 hours. 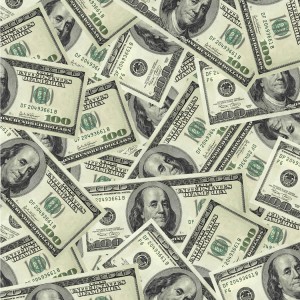 The ICE exchange was first to announce additional electronic hours for grain contracts when it shared its plan to add grain contracts to their family of trading products in mid-April. They expanded trading hours the week of May 14. The CME quickly followed suit in announcing its own expanded trading hours. That CME expansion was met by a big uproar, as many had thought its plan of additional hours had not been properly vetted across the grain industry. Some saw the additional hours from the CME as a “me-too,” announcement making it a knee-jerk response to the ICE exchange announcing it would introduce grain contracts with more trading hours than the CME previously had in place. The CME grains are very popular trading instruments with producers, commercial grain facilities, and speculators. Many doubt that the ICE grain contracts will ever become viable contracts. CME grains have hundreds of thousands in daily trading volume. In its first week of grain contracts, the ICE grain contracts had daily volumes below one thousand contracts.

With expanded hours of grain trading contracts at both the CME and ICE, one thing is still to be resolved. Huge concerns abound from many traders in the grain contracts. The newly revised CME trading hours in place have will now see USDA reports being released while the market is open and trading. Will USDA change their release times for their monthly supply and demand reports as well as quarterly stocks reports? Numerous groups of traders, particularly from the production side of agriculture are raising huge concerns about the price volatility that will exist if USDA reports are released during trading hours.

Already on USDA report days, we have seen at times huge ranges from the daily highs to daily lows. On those days it is very common for corn to have a range of 20 cents or more, while soybeans can have a range of 40 cents or more in the first 30 minutes of trading. I am not trying to raise alarm, but merely to point out what could happen should report release days not pause trading. You could easily see corn (40-cent limit) or soybeans (70-cent limit) up the limit and down the limit in the first 5 to 30 minutes of trading. Volatility is greatly increasing with the change in trading hours.