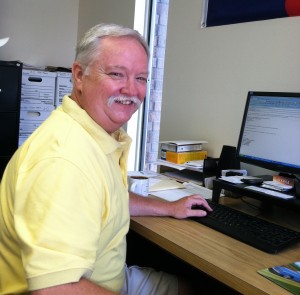 When I went to work as Director of Marketing for the National Cutting Horse Association (NCHA), one of my first projects was the annual “Sponsor’s Round-Up.” The “Round-Up” gave the various sponsors of the NCHA a chance to “cowboy” with a two-day cattle round-up, some pasture cutting (cutting out cattle in a pasture as opposed to an indoor arena) and, of course, experiencing cow camp in the wilds of West Texas.

Some of the sponsors were from the city and had little or no experience on a horse, let alone working cattle. The NCHA made sure there were plenty of experienced hands available to help make sure everyone stayed safe and out of trouble. Local ranchers furnished horses and tack and tee-pees were brought in to give everyone a real “cowboyesque” place to sleep. There was also an authentic chuck wagon complete with a genuine cow camp cook to prepare meals. Of course there were several coolers of beer, soft drinks, and water scattered about the camp. And although I didn’t see it, I’m sure there was a first-aid kit stashed someplace. For those sponsors less given to the great outdoors, the hosting ranch’s headquarters located several miles away allowed our guests, should they so chose, to ride back to headquarters for a shower and access to the porcelain toilet located in the ranch’s bunkhouse.

I’d been riding and entering cutting contests in Ohio for a few years so I basically knew on which side to mount and how to steer my horse where I wanted to go. And, while I was a long way from competitive and no ways near an experienced cowhand, I was, at least, comfortable on my horse. I had occasionally pushed small herds of maybe 50 head of cattle from place to place on horseback — in wide-open, Ohio pastures anyway. So feeling just a little cocky even though I’d never actually been to cow camp myself, I didn’t expect any surprises. In short I was, at that moment, officially a COWBOY!

The first morning of the Round-Up we crawled out of our bedrolls well before sunrise. (Note: Bedrolls ain’t sleeping bags. Rather, they are big pieces of canvas rolled up over a foam pad. One controls sleeping temperature by determining how many layers of canvas they elect to put over themselves. Personally, I prefer them to conventional “bags”.) I went out with the other hands to saddle horses and help get things ready for the day’s adventure. Once done, we headed back to the fire for some coffee and a cowboy breakfast that would rival anything Bob Evans or Cracker Barrel could hope to offer.

I grabbed a cup and headed for the coffee pot which hung over the fire where “Cookie” was busy preparing pancakes, biscuits, sausage, bacon and eggs. I noticed “Cookie” giving me a hard look as I reached for the pot to pour my morning cup. As I sat on a bale of straw enjoying coffee that was stronger than any espresso I’d ever had, my friend Bob Hunter came over and sat beside me. Bob, a cow camp veteran of many years who had ranched and raised cattle before going to work for M.L. Leddy’s Custom Boot and Saddlery in Ft. Worth, Texas, was not only one of my dearest friends, he was also my mentor in all things “cowboy.”

“Don’t EVER get between ‘Cookie’ and his fire,” he said softly. “You wait until ‘Cookie’ brings the pot to you. He does the cooking and pouring. Don’t be helping yourself.”

It wasn’t long before “Cookie” called everyone to the fire and proceeded to serve up breakfast. As a tacit apology and to show I’d learned my lesson, I hung back until everyone was served. “Cookie looked me in the eye and grunted disgustingly as he placed two eggs, several strips of bacon and a couple of biscuits on my plate. I thanked him and went off by myself to eat.

The object of the day’s activity was to ride about five miles to a big stand of mesquite where we had to locate and move about 100 head of bred heifers down to the camp where the sponsors would engage in a little “pasture cutting.” The sun was barely up and already the temperature was in the low 90s with humidity nearly as high thanks to two days of thunderstorms that had passed through the area a few days before we arrived. The ranch foreman led us out of camp in single file as we made our way toward where they believed the cattle were bedded down. After a few miles I pulled out of the line to ride ahead to visit with the Chevy Truck sponsor rep that I’d just met the day before. Rather than get back in line, I let my horse wander out and away from the group, enjoying the west Texas scenery much more than looking at the butt of the horse in front of me. Again Bob was watching out for me.

“I hope so,” came Jim’s reply. “Cause we ain’t comin’ back to find him when he gits lost.”

It didn’t dawn on me right away, but after a few minutes of reflection on being “called out,” I got it. You stay behind the cowboy who’s leading the ride, single file, and go where he goes. I eased back into the line and rode quietly, a lot less talkative with my head held just a bit lower than when I started.

Lesson # 3: You ain’t Gene Autry and this ain’t the movies!

Jimbo led us up a dirt road that ran alongside the mesquite grove, positioning each of us about 30 yards apart. We were to wait until we heard the signal and then ride into the brush and thorns in search of the herd. After several minutes, we heard Jimbo’s “YAH-HOOOOO!” and began moving slowly into the brush.

Mesquite grows thick and is full of thorns that are sharp as needles that if punctured or scratched by one and left unattended, can quickly fester and become quite painful. Even with long sleeves and my leggins, it was all I could do to dodge the thorns as my horse made his way deeper and deeper into the brush. I stopped several times to listen for the riders on either side of me but could hear nothing….not a sound save the locusts and birds that nested in the trees. Cautiously I moved on, watching the ground for rattle snakes, ignoring the fact you’ll hear them well before you see them, and wondering what I would do if we came upon one and my horse bolted. I was pretty sure I could hang on and was even surer I’d be cut to ribbons on the thorns as my horse made his escape. No snakes appeared but after about twenty minutes of dodging thorns and worrying about snakes, there they were. I’d found the herd.

I made my way to the rear of the herd and started to move in, slapping my chaps and calling to the cattle, “HUP COW….HUP….YEP, YEP, YEP”. Sure enough they grudgingly got up from their shaded beds and started to move away. We hadn’t gone 15 yards through the mesquite before everything got quiet again. Where did the cows go? I stopped, listened, peered myopically through the trees, but nothing. I’d lost my herd.

“Guess I ain’t gonna’ be the hero this trip,” I thought.

About that time, the general manager of the Houston Livestock Show and Rodeo, another veteran cowboy, rode up and asked if I’d found the herd? “Well….yeah — for a minute. They just disappeared.”

“What? You lost your herd? How can you lose 100 head of cattle? Why didn’t you call out when you found them? We weren’t far away and we could have kept them gathered up.”

Then he said with a slight smile, “Oh yeah, you’re not from here are ya? First time moving cattle?”

“First time through brush thicker than a Vietnam jungle,” I said.

“Well, c’mon,” he said as he straightened himself up in his saddle. “They’re probably back to headquarters by now.”

And so came Cow Camp Etiquette Lesson #3. Unless you’ve spent a good many years working cattle on a west Texas ranch, don’t try to be Gene Autry. Use your help or at least call on someone with a lot more experience.

As they began emerging from the brush, the cattle were picked up by other riders and pushed toward camp. Once there, the ranch hands circled the herd to keep it in place as the sponsors took turns at attempting to “cut-out” a solitary cow and keep it from returning to the safety of the herd for a few minutes. Some did pretty well. Others were lost. When they called for me to cut one out, I politely declined, saying it was the sponsor’s party. The truth was, I’d been embarrassed enough for one day and I wasn’t all that accomplished at the sport of “cutting” to risk exposing myself as even more of a “green-horn.”

After the sponsors all had a turn at playing “cowboy,” we made our way back to camp where I helped unsaddle the sponsor’s horses, lead them down to a nearby stream for water and then tie them to a picket-line stretched between several Live Oaks just a short walk from camp. Mentally, spiritually and physically exhausted, I made my way over to where my friends, Bob, Dave, Jimbo and I had made our camp. I picked up a bottle of water and flopped myself down onto the first rolled up bed-roll I came to. About that time Dave rode up, looked down at me and asked, “You comfortable?”

“As comfortable as I can be right now,” I answered.

Dave just looked at Bob and rode away.

“Do you know what that was all about?” Bob asked.

I slowly got up and moved to my own, too tired to even offer an apology to Dave as he walked back into camp. A cowboy respect for his partner’s gear is as important as keeping your word. It’s expected.

That night before turning in, Bob and Dave offered me a cigar as we sat near our fire.

“We’ve been pretty hard on ya today Kirb,” Bob said. “Don’t take it personal. We know you didn’t grow up with this. But you’ve got a lot of ‘want-to’ and ‘try’ and you’re likeable enough so we figure you’re worth helping. We’ll try to keep the teachin’ between us and away from everyone else. It’s all good!”

I participated in a number of “cow camps” after that, each one a little smoother than the last. Eventually, I became confident enough to advise some of the sponsors on Cow Camp Etiquette and was able to take a bigger part in the activities and work involved. To this day though, I’ve never gotten used to riding single file, with little else to see except the butt of the horse in front of me. I mean honestly, did you ever see Gene Autry, John Wayne or Randolph Scott riding behind anyone?