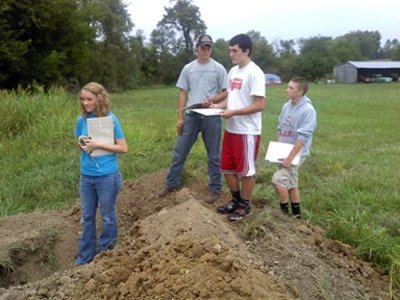 In soils competitions, students must inspect and evaluate four soils sites, which include a soil pit where properties such as soil depth, drainage, soil texture and erosion are evaluated. Students must also measure the slope of the land. Upon gathering information on soil properties, students must identify appropriate land uses and make recommendations on overcoming soil weaknesses or limitations due to properties that pose a challenge.