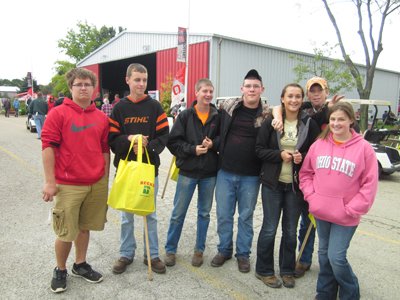 On Sept. 18, 2012 Members of the Benjamin Logan FFA traveled to London, Ohio to visit the Farm Science Review. This activity was opened to freshmen, sophomores, juniors, and seniors.

The buses left the school around seven o’clock and eight fifteen in the morning and got back before school was out of session. Members got to tour the campus where they could see different booths of different Agricultural Companies.

Some of the booths included livestock care, different chemical/equipment companies, and food science. This allowed members to see agriculture in a different perspective rather than inside in a classroom.

During their walk throughout the perimeter, members could stop and ask questions at booths they were keen on. Members were also given the chance to watch demonstrations of different equipment sponsored by companies.

By Mark Loux, Ohio State University Extension We have heard a lot about dandelion, wild …