Seed treatments made a difference in 2012

For soybean growers across the country, 2012 was a unique year. A drought plagued most of the Midwest and commodity prices soared. As growers begin to prepare for the next growing season, they must consider adjusting agronomic practices to increase their bottom line. In 2012, the use of seed treatments had quite a positive impact on both emergence and stand for the soybean crop. 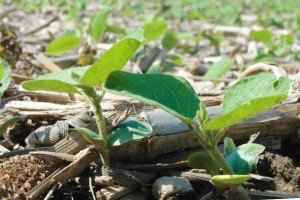 “It looks like it is going to be the second or third driest growing season on record,” said Palle Pederson, Soybean Seedcare Technology Manager for Syngenta. “You know that when plants are under stress, especially in dry conditions, it is so critical to get uniform emergence to outperform the weeds and also to get good protection on the root system. Healthy roots in many cases means higher yields.”

Starting the season strong is critical to increasing yield potential and protecting the seedling from early-season stress is crucial for a successful season.

“I have just analyzed the data on the fields where we did have seed treatments,” said Anne Dorrance, soybean pathology professor at the Ohio State University. “We have higher stands where we had treated seeds compared to non-treated seeds. So the stand was off to a good start. The rest of the season might not have been as favorable, so we weren’t seeing the distance last all season long, but where we did use seed treatments we didn’t have to go back and replant.”

“When we’ve got heavy disease pressure and when we’ve got a good seed treatment on a good variety, we’ve had anywhere from 20 to 30 bushels difference between treated and non-treated seeds,” Dorrance said. “Typically those numbers are closer to four to six and many times I can get a 10 bushels difference. It really is dependent on the conditions that occur at planting and how good the season is afterwards. Seed treatments just help you get off to a good start.”