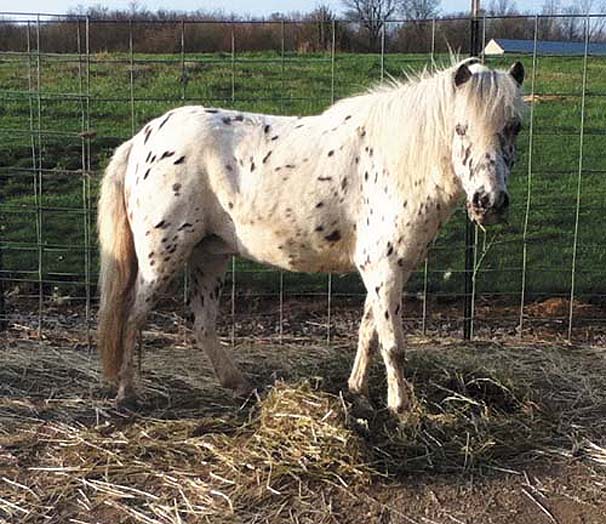 It is clear from this photo that one week after the procedure that saved her life, Dottie is once again healthy.

We all know that large animal veterinarians can be hard to find. More and more young folks are turning to careers in the field of small animal care. Usually the hours are better, and even when emergency work is required at less than ideal hours, the work is often more mental and skill oriented than geared around sweat, determination and brute strength.

I’m lucky enough to have found an equine veterinarian that lives fairly near me that is extremely dedicated to her clients. I have been a customer for more than 10 years, and during those years, we have become more like co-workers and friends than customer and health care provider.

To keep costs down, many livestock and horse owners rarely use a veterinarian unless there is an emergency. I do understand and appreciate the concerns involving the costs associated with regular or routine veterinary care, but my husband, Mark, and I decided long ago that we have no problem paying the yearly fees associated with having our vet at our barn to vaccinate, help with dental work and look over the horses because the relationship and loyalty that has developed has become priceless.

Some folks don’t have a relationship with a vet because there just isn’t a large animal vet close to them. I do empathize with that plight. I’m also certain that if I didn’t have my vet out for a yearly wellness appointment for my horses that she would still come help me in an emergency, but really how fair is that?

If I only allowed my vet to visit during an emergency, not only would she be unfamiliar with the health history of the animal, but it seems like an unfair financial balance as well. She spent years and years in school and thousands and thousands of dollars on her education yet I seriously doubt she will be a rich woman when she retires. Despite the unbalanced economics of becoming a vet versus the return in income for many large animal vets with a small to medium size practice and just one veterinarian, she, like many others in her field, sacrifices her free time, body and family life constantly to help horses in need. Mark and I believe it is only fair to reward her efforts by maintaining a permanent relationship with her through yearly vaccine and dental appointments.

Over the years, we have required a few late night farm calls to help our horses survive illness and injury. In the past, these emergencies have been the result of colic and lacerations, but in April of 2013 a totally different situation presented itself.

If you have been reading this column or my blog, you may know by now that I’m in pursuit of my first foal. I’ve been planning and talking with my vet for the past two or three years and the spring of 2013 was to be the long-awaited reward for all the planning, hard work and sacrifice. Among other things, I sold all my goats to make room for a couple of miniature mares.

The mares were bought and cared for during the long months of waiting for the foal to grow. The stalls were readied with fresh straw. A barn camera was purchased and installed. Two foal blankets and halters were put aside in a foal hope chest of sorts. I felt prepared and calm. I had just begun checking the girls closely daily for the signs of foaling, but I really believed I had several weeks to wait.

I had been struggling with getting one mare to drink. We finally decided she needed well water instead of the city type water we have at our house. I fed the mares at 5 p.m. and thoroughly checked on them. At 7 p.m., I carried fresh well water to the picky mare and begged her to drink. Then I went on a short walk (about 45 minutes or less) with my husband and neighbor.
When we arrived home, I checked on the picky mare again for no other reason than to make sure she was drinking enough water. What I found was a dead foal and a mare in overwhelming pain.

Of course I panicked, and there may have even been a brief period of sobbing (who wouldn’t after planning for this event for nearly three years), but I knew just what to do. I picked up the phone and dialed the emergency number for my vet.

She was so calm and caring and had a lot of knowledge about my situation and my mare because of how much I had involved her in the process from the start. We discussed several causes for the foal’s death. I won’t go into detail or speculation here, but it seemed unavoidable. It was time to suck it up and care for the living.

Because the mare was in such intense pain even after the delivery, my vet prescribed banamine. An hour later, the mare wasn’t any better so my dedicated vet made a 10 p.m. drive out to do a physical exam on the mare for me

I was sure I was just in a panic and that the mare was fine, but boy was I wrong. My vet has only see this problem one other time in 20 years but the mare had a horn in her uterus prolapsed.

The procedure to rectify the situation was fairly involved and a huge physical challenge for all involved. Mark, my vet, and I practically held the mare off the ground and in a standing position while saline solution was flushed into her to help uncollapse the uterus.

There was one point when the mare went down and I thought we were going to have to give up, but no such thought ever crossed my vet’s mind. We all continued to work together and the mare was very sore for a few days after the procedure, but her life and reproductive ability are back to normal now.

I’m not only thankful that I had a relationship with a vet that was willing to make a farm call after hours, but I consider myself especially blessed that she didn’t give up and was able to perform the procedure that saved the mare’s life. I wonder how many vets would have simply referred us to an animal hospital? It would have been a completely rational and acceptable idea to refer us to a hospital, but it also would have been a much more expensive event and taken much longer to haul the mare somewhere to receive care. I was very happy she was able to receive immediate care in the comfort of her own stall.

So…treat your vets well. Pay and thank them after each visit and keep them informed and involved with your plans about your livestock. You never know when you will need them to save a life. At those times, the money saved by performing all the work on your animals may seem insignificant when you don’t know who to call in an emergency.

Time to Check Your Todes 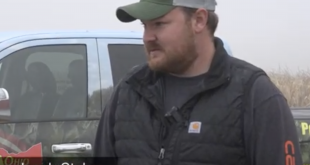 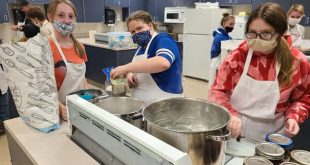 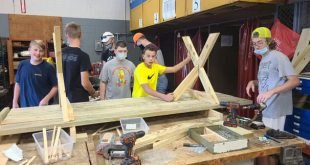 At the beginning of the school year, Zane Trace schools had a problem: how to …

October 22, 2020 — No major changes this morning again. But, that means we will have plenty of moisture heading towards us over the next 5-6 days, and that’s not the best thing right now as we try to finish harvest…