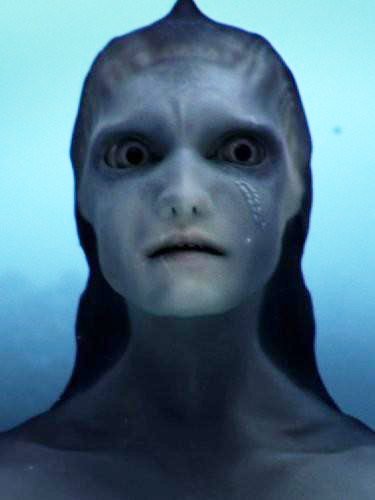 Check your farm pond for mermaids

I have to admit it. I’m one of the millions that got pulled into watching “Mermaids: The Body Found” and “Mermaids: The New Evidence” this weekend. The first film was released a year ago and it has taken me an entire year to watch it. Every time the showed aired and I saw the fin-like hand against the window of an aquarium, I got scared and had to change the channel.

I guess because I never watched the original film from beginning to the end until this weekend I was a little behind the times — a year behind to be exact. The second mermaid program in this series was released this past week. I finally watched both shows because I figured that if it was airing on the Discovery Channel or Animal Planet and they had even bothered to make a follow up show that there had to be some truth to their claims.

I watched all three hours of programing. I had to try it over two nights because I got scared the first time and had to turn it off. That first night was a night my husband, Mark, won’t forget because I woke up screaming several times. I tried watching the films the next night and wasn’t scared at all. By then, I was used to the fins and the surprises and I found everything more interesting than anything. They had me believing.

The one thing I couldn’t figure out was how the mermaids could dive several thousand feet. Yes, I know everything else should have alerted me to a problem with the ethics and accuracy of the films, but I believe there could be mammals in the ocean that have not yet been discovered. I do however have trouble believing they could dive thousands of feet. Don’t mammals implode if they dive too deep?

I went to bed believing the films were accurate, but after a little investigation, it turns out that there were a few facts but mostly it was a science fiction flick generated simply to increase ratings. I guess you had to the watch the opening or ending credits to know the truth. Also, some of those represented as scientists were apparently actors.

Despite the shaky facts of the mermaid movies, Ohio farm and landowners might still want to keep an eye on their farm ponds and local rivers for mermaids, though. Check out http://imaginactory.com/2011/06/15/do-mermaids-have-intergluteal-clefts-part-3/. In the early 1800s, it was reported by the “Lisbon Gazette” in Lisbon, Ohio, that a gentleman said that he found a mermaid in Ohio and caught her and made her his wife. She was thought to be with child at the time of the article.

I guess no matter what you actually believe, the mermaid programs once again proved that you should make sure you investigate what you hear, watch and read before you make a final decision. This sounds kind of familiar doesn’t it?

Whether you fear mermaids or Monsanto, it is always a good idea to double-check your facts when something smells a little fishy.