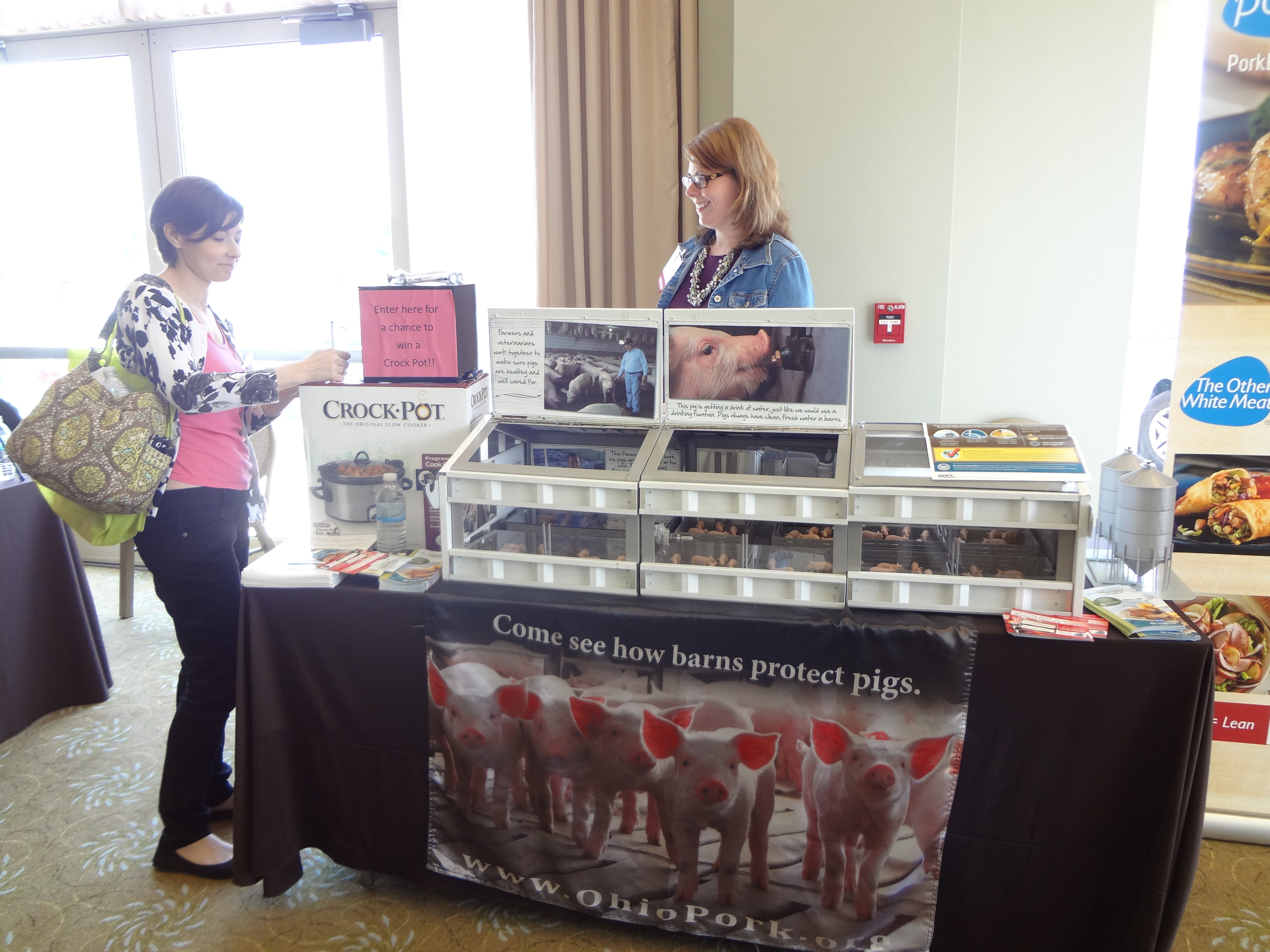 Jennifer Keller, Director of Marketing and Promotions for the Ohio Pork Producers Council, uses an interactive model pig barn to start conversations with dieticians at the 2013 Ohio Academy of Nutrition and Dietetics Conference.

Recently, the Ohio Pork Producers Council attended the 92nd Annual Ohio Academy of Nutrition and Dietetics (formerly Ohio Dietetic Association) Conference. OPPC went to the event to take part in the tradeshow and offer insight on how pigs are raised and pork is produced on modern farms. Approximately 260 total individuals attended this event; just over 200 of those were dieticians.

OPPC utilized a small; model pig barn to illustrate what goes on inside real barns and how the buildings can be used for the benefit and protection of the animals. This model is just one of nearly 30 models, originally developed by OPPC, that is utilized at events across the nation.

“The barn was a starting point to open conversations and show how pigs live in barns and how technology is changing farms,” said Jennifer Keller, Director of Marketing and Promotions, OPPC. “It’s still families that own and operate the farms, but technology has enabled one person to care for more animals. After a quick look into the barn, many participants had questions. There were many great conversations that were prompted by the barn. Many in attendance had misperceptions about modern agriculture.”

Less than 2% of the U.S. population lives on a farm, and as has been seen in many cases, often people turn to books such as Michael Pollan’s “The Omnivore’s Dilemna,” or films like the 2008 Robert Kenner documentary, “Food Inc.” to get information about our food system.

OPPC has taken a stance in being proactive when it comes to engaging in conversations with non-ag consumers. It becomes increasingly important to not only reach out and offer information, but to be willing to take part in an open dialogue about where our food comes from and how it is raised.

In addition to attending events across the state, OPPC has also become very active in developing a strong social community online. The Ohio Hog Farmers Facebook page continues to be a place where, currently over 50,800, people are able to go to find recipes, cooking tips, information on farmers and take virtual tours of the farms responsible for raising their food.

Transparency is the key to good conversations and OPPC is making strides to connect people to the farmers that produce their food, by being open and initiating conversations about what happens on farms. 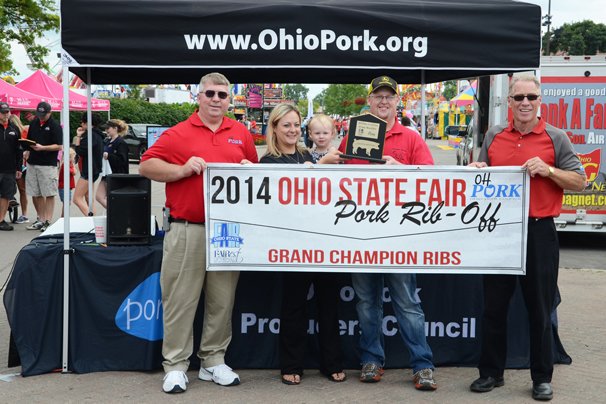 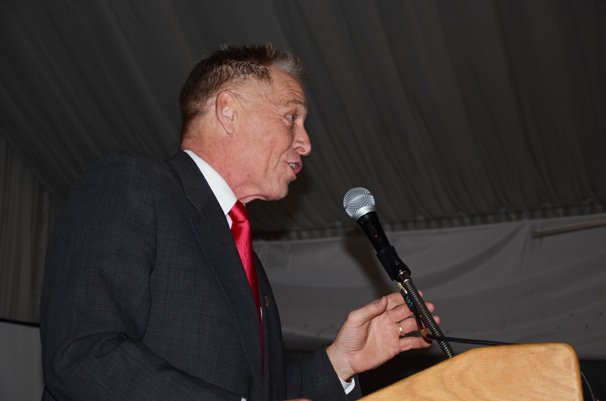 The state of Ohio’s pork industry