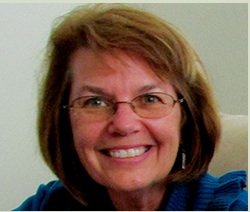 Roehm national finalist for Monsanto “Farm Mom of the Year”

Sue Roehm of has been named a regional winner in Monsanto’s “Farm Mom of Year” contest making her a finalist for the national award.

The Roehms are grain farmers in Highland County. Sue was nominated by her son Jeff. Sue works on the business side of the farm, handling bills, taxes and some marketing, while also being a mom and a grandma.

“I am like a lot of farm women. We just go about daily life and do what we need to and don’t think much about it. It is just a way of life,” she said. “There are so many wonderful farm women who give their time to so many organizations up for this national award. Most women try to be a good mom whether they live on a farm or not. But on a farm, you also have such a responsibility to make the farm successful. A good farm mom has to play the role of supporter and helper so that the farming part of your life is successful and, in our case, ready to pass on to the next generation.”

Each regional winner was awarded a $5,000 cash prize from Monsanto. Online votes cast on AmericasFarmers.com before May 12 – Mother’s Day – will determine the winner of the national title and recipient of an additional $5,000 prize.

“Reading regional winners’ nominations, it’s clear that no matter what and where they farm, farm moms work tirelessly to improve not only their farming operations and communities, but perceptions of agriculture in general,” said Lisa Safarian, U.S. Row Crops Lead, Monsanto. “While we may not say it as often as we should, we all love and appreciate this nation’s farm moms!”

The farm mom receiving the most votes will be named the national winner, to be announced on Mother’s Day.

Blind judging was spearheaded by American Agri-Women, a national coalition of women’s farm, ranch and agribusiness organizations. Each nomination was scored for how the nominee contributes to her farm, family, community, and the agricultural industry.

“This year’s nominees collectively farm more than 40 different crops, and their roles on their farms and within their communities are equally diverse,” said Kris Zilliox of the American Agri-Women. “Selecting just five winners was no small feat, but these five women are outstanding representations of American farm moms.”

Ohio corn and soybean harvests crawled along last week and were hampered by cold, wet soil …