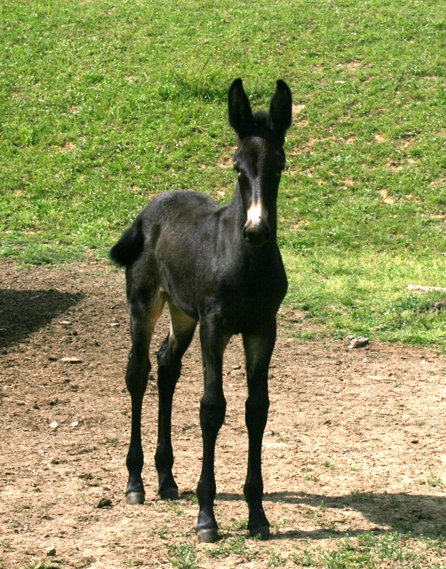 This Percheron mule foal was born in May 2013 on Joe and Sally Reed's farm.

Recently, I was visiting with Joe Reed of Fredericktown, Ohio, for a story on farming with horses. What I didn’t know before the visit was that Joe shears sheep and raises a few mules as well. I couldn’t fit all the information he shared about mules, sheep, and Great Pyrenees into the story on farming with horses, but I couldn’t resist sharing some his stories with you in my blog.

I broke Joe’s stories down into a few topics for easy reading.

In addition, to using their Percheron horses for farming, Joe and Sally keep several draft horse mares on hand to raise foals.

“We always try to breed our first-time foalers to a jack for easy foaling,” Joe said.

Several years ago, Joe and Sally Reed were surprised by twin mules. One of their mares had already given birth to a foal but she wasn’t acting quite right.

“This mare started acting funny,” Joe said. “She was restless. I went out to the barn and saw a second water bag coming. She was having twins. This twin was backward. But I got a hold of him and he popped right out.”

The twins were a molly and a john.

“They made it,” Joe said. “Somebody bought them for saddle mules.”

Joe has sheared sheep for more than 40 years so he has interaction with many sheep producers around the state.

“I’ve been at it awhile,” Joe said. “My dad shore sheep. That’s how I got started in it.

“Most guys shear before they lamb. The lamb can get at the udder. Anybody that’s done it they like to do it that way.”

Not everyone adheres to this method of shearing ewes before they lamb though and often complications arise.

“We had an ewe lamb while I was shearing her,” Joe said. “The guy we were shearing for got tired of hearing me grumble about it. I told him next year we’ll shear them with no lambs on the ground. I told him if there was one lamb on the ground we would charge him 50 cents extra a head.

“We shore them before they started lambing. You could tell he wasn’t real happy about it. That summer I saw him in town and he thanked me for making him shear those ewes.

“They were heavy wooled ewes. When he lambed he had to trim around the udder and then he had lambs that were dying for no reason. He figured out with that big wool that they were laying down and suffocating their lambs and they didn’t even realize they were doing it. After we shore them, he didn’t have these unexplained deaths. For the rest of the time he had sheep, we shore them before they lambed.”

Through the years, Joe has run into many shepherds with Great Pyrenees that serve as guardian dogs. Not all these dogs protect their sheep in the anticipated way.

Joe told a story about a shepherd with what he thought was an infertile ram.

“He bought an expensive ram and he was hardly setting a ewe. Just a very few,” Joe said.  “The guy thought he would have better luck the next year because he bought a new ram that was guaranteed.

“The guy shearing the man’s sheep said ‘No you won’t. You just watch out there.’

“The ram went to breed the ewes and the Great Pyrenees would knock him off. The dog was chasing the ram off the ewes and guarding their virtue.”

According to Joe, not all Great Pyrenees are as protective of the sheep as the one previously mentioned. Some dogs choose to protect their offspring before guarding the sheep.

“One guy got a Great Pyrenees and he had great luck,” Joe said. “He didn’t lose a sheep and then all the sudden he started having problems. He was losing them left and right.

“The dog wasn’t doing his job so the guy went out and shot a couple of the critters that were killing his sheep. They were half Great Pyrenees and half coyote. This male Great Pyrenees had mated with a coyote and he didn’t want to kill his pups.”

No matter the topic, you are sure to be entertained and learn a lot when visiting the Reed’s because at their place it seems that long ears and colorful stories go hand and hand. 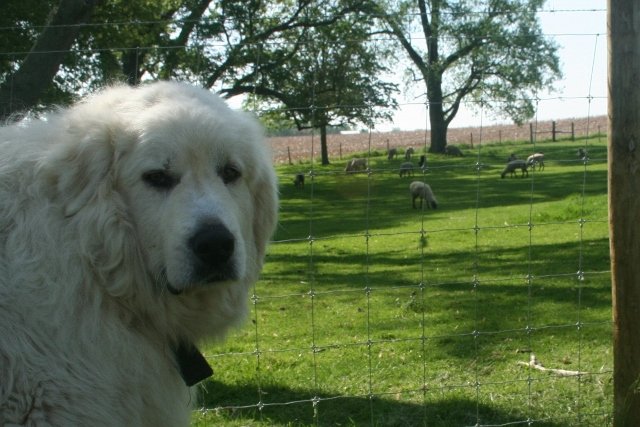 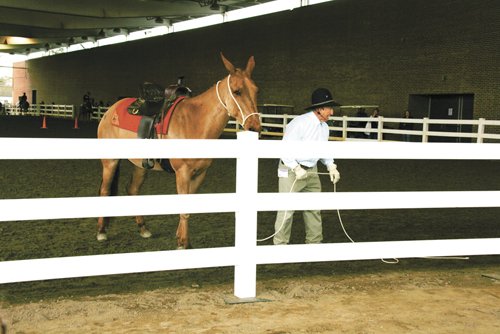