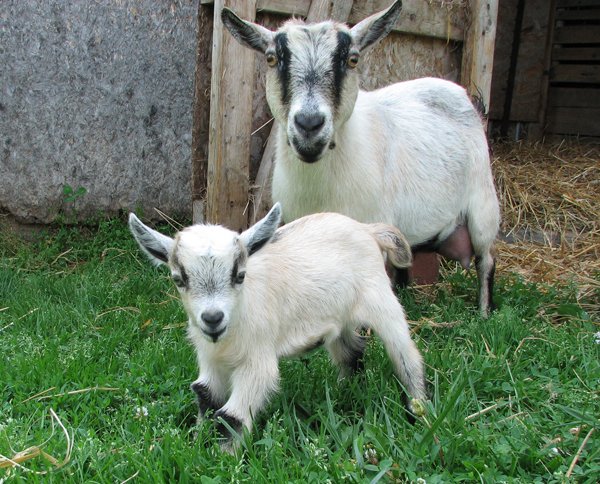 This baby Pygmy goat and his mother have "The Incredible Dr. Pol" to thank for their survival.

After I wrote a blog called “Shirtless: Calf pulling the Dr. Pol way” in January of 2013, it became apparent pretty quickly that not everyone is a fan of Dr. Pol. I, however, still love the show and now more than ever I have reasons to continue watching — two to be exact.

Although Dr. Pol’s show is not meant to teach veterinary techniques, it does show many veterinary procedures, and I do learn a lot from watching it. I have a special interest in his tips and methods because of the lack of large animal veterinarians in my county. Although I am not a vet, in the past I have often had to assist with goat births at my barn because no vets were available in an emergency. It helps to learn as much as you can no matter the source in case it would become handy in the future.

When my goat friends get into trouble with kidding, they often still give me a call even though I no longer raise goats myself, and I arrive with a homemade snare in hand to try to assist with problem deliveries. Besides the snare, some experience from past deliveries and tips from vets and watching Dr. Pol’s show, I have no training in delivering goats. All of my experience has been from necessity in an emergency when no veterinarians were available.

My friends and I never take intervening with a delivery lightly. We only assist the does when there is no other alternative because we are not professionals. Often does kid during non-business hours and even during business hours, I have rarely had a vet available to assist. They are often attending other emergencies.

Recently, I was once again called to a friend’s barn for an emergency Pygmy goat birth intervention. We tried and tried to help the doe, but the kid wasn’t lining up correctly, and it was literally 90 degrees in the barn. I was close to giving up because my hands were bruised and numb, and it was so hot. I wasn’t making any progress. If I gave up, the doe was going to have to be euthanized because there were no other alternatives.
Suddenly, I remembered the wise words of Dr. Pol as he was assisting a cow during labor, “You can take a break, but you can never give up.”

I tried to help the doe a couple of more times and finally was able to maneuver things correctly and the kid was delivered. The kid didn’t come out easily, but we did successfully remove him from the doe. The doe’s uterus was still intact and she seemed to be fine once the kid was removed so we turned our attention to the kid.

Amazingly, even though he was struggling, the little guy was breathing. Dr. Pol fans will remember that he always “stuns” calves that are struggling after a hard birth by throwing a bucket of cold water on them. This little goat was too small to handle a bucket of water but I took a couple of handfuls of cold water and dumped them on his head and neck and that little buck raised his head and started really fighting for his life. It was wonderful to see Dr. Pol’s tip at work.

We did have to give the doe some supportive medications after the birth to help ward off infection but neither the doe nor the buckling have had any lingering affects from the traumatic birth.

Thank you Dr. Pol for your willingness to allow the public to watch you work through your television series. This time, it saved two Pygmy goats’ lives. 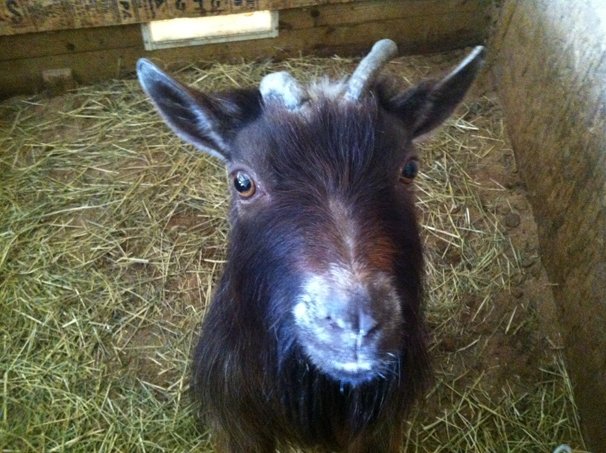 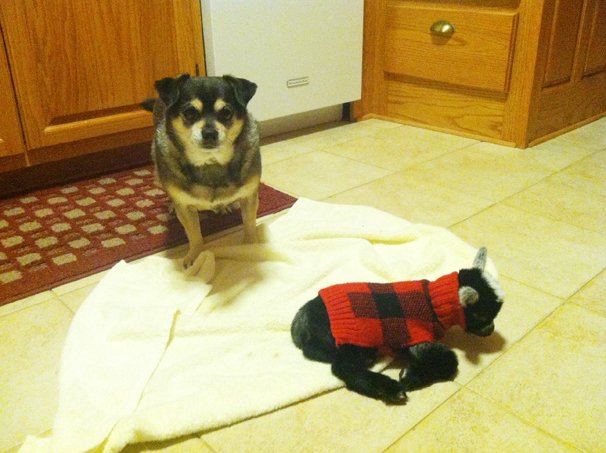