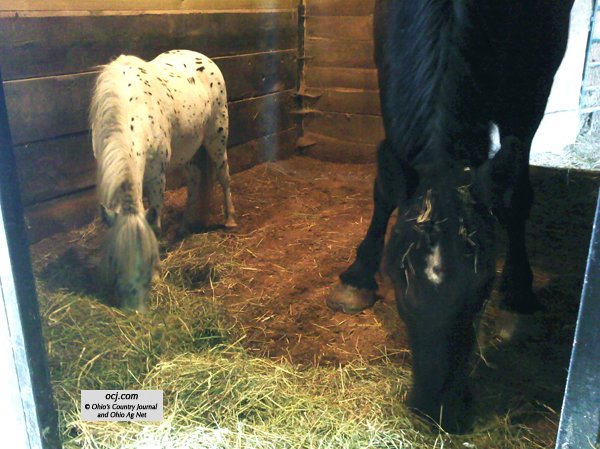 Despite their difference in size, this miniature mare and draft mare have managed to become good friends.

My barn houses critters of all shapes and sizes. There are several barn cats in addition to one draft horse and several miniature horses.

It has always been apparent that the cats love the miniature horses. The cats like to bring “presents” back to the mini horses to document their adventures. It is not uncommon to find pieces of dead birds and rodents within the miniature horse stalls. I think it is the cats’ way of making friends with the horses. It has never been quite so clear what the draft mare thinks of the minis.

A new problem developed in the barn this summer as I tried to make room to house the mini stallion away from the mini mares and give plenty of room to the mini mare and her foal while still keeping all the horses happy and with access to shelter. The draft mare had never had a permanent companion. I was always a little fearful of putting minis in her paddock due to the size difference. Occasionally the minis would accidentally enter her paddock and stall but she never seemed to notice. Most recently, my 29-inch stud whipped past me and through the gate and into the domain of the 17.2-hand mare.

I was in a panic at first because she could have really hurt him if she wished it, but it was all really funny in the end. The stud entered her stall and boldly took a bite of grain from her pan. She dutifully ignored him. I entered the stall to tried to corner the stud, and he proceeded to go around the mare and hide between her and the stall wall. He was literally looking at me from under her belly with what looked like a smile on his face. He knew there was know way I could grab him without crawling under the draft mare.

I was eventually able to remove the stud from her paddock but the experience shed some light on how my draft mare perceives the minis. She mostly just ignores them, which led me to consider giving her a mini “roommate.” I had always wanted my draft mare to have a “live-in” companion, but the biggest issue besides her size was the differing dietary needs of a mini and a draft horse.

Eventually there was no choice but to house a mini mare with the draft mare at night so that everyone could have a stall. The draft has other shelter but demands to have access to her stall nearly 24/7 during the summer to avoid the heat and the bugs. She has access to pasture but refuses to enter it when the bugs and heat are at their worst.

I grain the mares separately to make sure they eat the feed their size requires, but as you can see from the photo, they choose to eat their hay side-by-side. I’m sure the mini mare is getting a little more hay than necessary but she is in-foal and the hay isn’t very rich so she can afford to eat a little more hay than the other minis.

For this duo, it seems that best friends can be made no matter what the size. 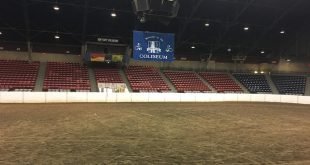 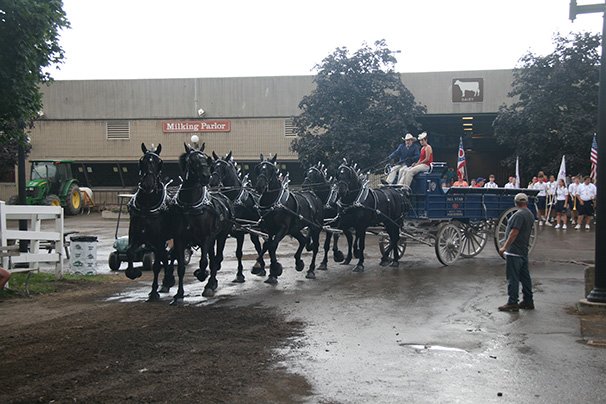 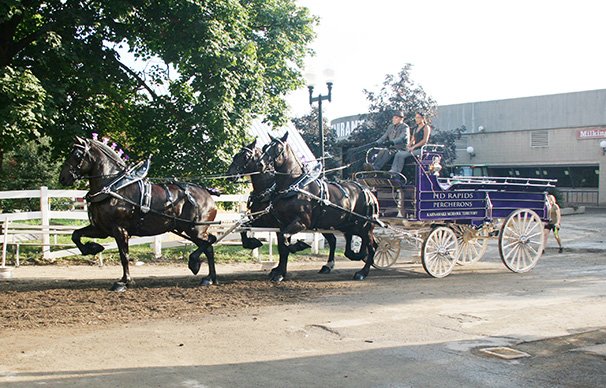 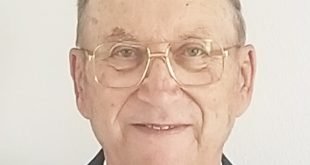