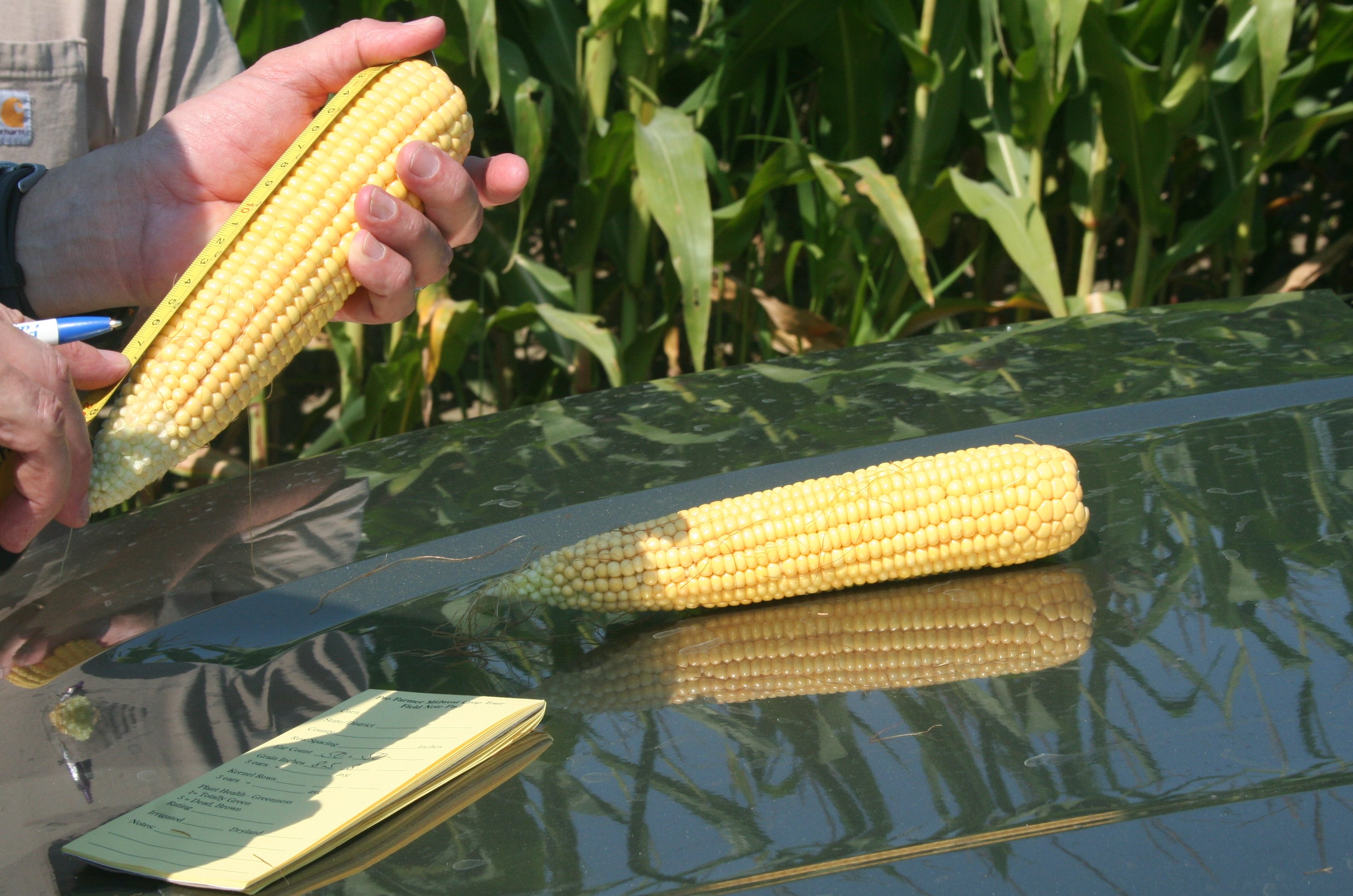 Presented by: Seed Consultants, Simply the Best Value in the Seed Industry


After what I would call a pretty nice showing by Ohio on The Pro Farmer Crop Tour yesterday (could be a record crop), numbers may not be that good for the rest of the week. Unless the guys on the tour from Illinois are just being modest, I believe it. I never expected to see some of the ears that came out of Buckeye fields yesterday and I sure hope they can hold on. Dry weather will continue to prevail and it was a bit dusty the more westerly we went.

On top of worrying about SDS in the soybeans and “tip-back” and stock quality on the corn, now the whispers of an early frost are starting to echo over our continental breakfasts. Hopefully that will not be  a concern for much, much later.

My crew today consists of fellow Ohioan Bill Bayliss at the wheel,  CPA and blogger/writer Paul Neiffer and Kelsey Gee from The Wall Street Journal. So Bill and three journalists. I think he is watching his words and hoping for a WSJ cover photo.

Our first fields were in Tipton County as we headed north from Fishers this morning. The beans were very healthy but the population was low. The corn was well into the dough stage and coming along, although it still has a ways to go.

Stop #2 on Day #2 was in Howard County, Indiana. Despite the low population this corn will do very well and the beans had a pod population of 1600 in a 3 square area. After the two stops our corn average is 190 bu/ac and beans are at 1300 pods in a 3 x 3 square.

Welcome to Cass County, Indiana. Took a little while to find a soybean field that wasn’t broadcast planted but once we did it was a field of 36 rows. The pod count was  in a 3 x 3 plot was just shy of 1400. Corn was well into the dent stage and coming along nicely. The estimated yield is 195.

We found a field just inside the Clinton County line and found another great corn crop. I am really surprised that we are not seeing “tip-back” this morning like we did yesterday when we arrived in the Hoosier State. The ground is by no means moist but they must’ve gotten a little more rain here that other parts of the state. Some wind too as we came across some green snap. Our estimate is 195.8 bu/ac.

The beans looked better from the road then they were. Low population and pod count put this field about 600 pods per 3 ft square.

Tippecanoe County gave us our best soybean pod counts of the day coming in at a whopping 1600  pods in a 3 x 3 plot. The corn had “tip-back” issues and it surely will hurt the final yield count. Still came in at a yield guess of over 190 bu/ac.

Our last fields for Indiana came in Warren County and these were both very nice. In fact, at an estimate of 221 bushels, this was our best corn today. The beans were lush and it took quite a bit of time to counts the pods. Ended up with 1735 pods in a 3 foot square.

We are now in Illinois and our first stop here was less than impressive. “Tip-Back” here was significant and the dirt was a dry as we’ve seen. The cracks prove it. Our corn estimate for this Vermillion field was 165 and the bean pod count was 876.

Illinois redeemed itself in Champaign County where we found a corn field that we project will yield 230 bushels per acre. In the beginning stage of dent and very healthy from the stalk up. Nice field. As for the beans were about average at 1144 pods per 3 x 3 square.

Our final stop for Day 2 was in McLean County, Illinois. After a day full of really nice yields, we ended on a sour note here. As you can tell, pollination in this field left something to be desired. Our yield guess for this corn field is a dismal 135. As for the beans, 1237 was our pod count for a 3 x 3 square. The ground just gets drier and drier as we head west.

Check out Day #3 of The Pro Farmer Crop Tour 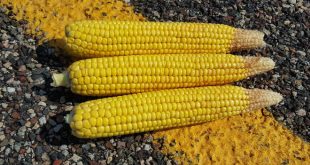 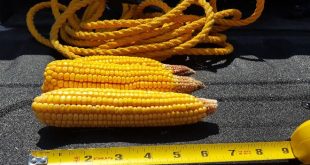 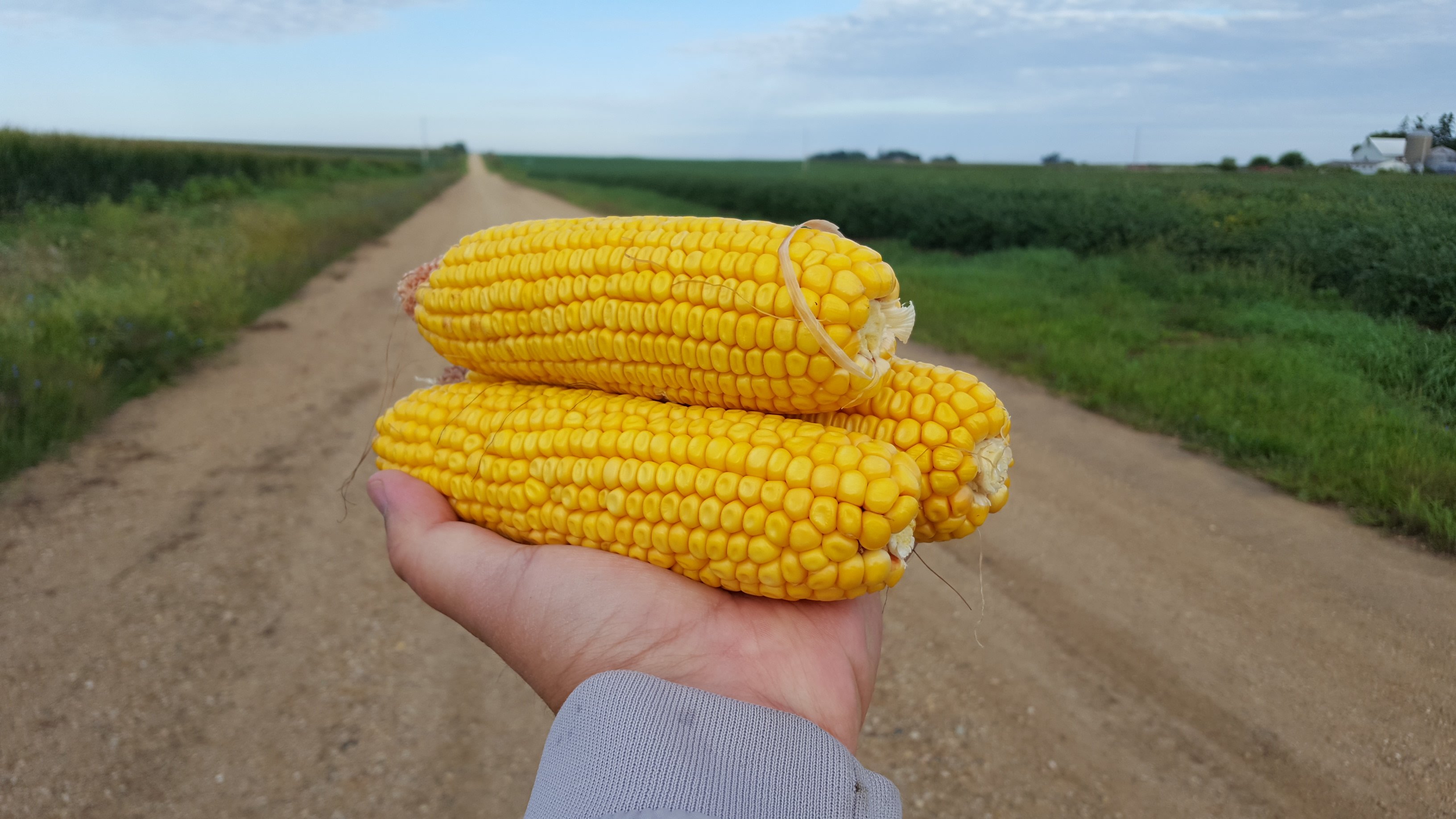