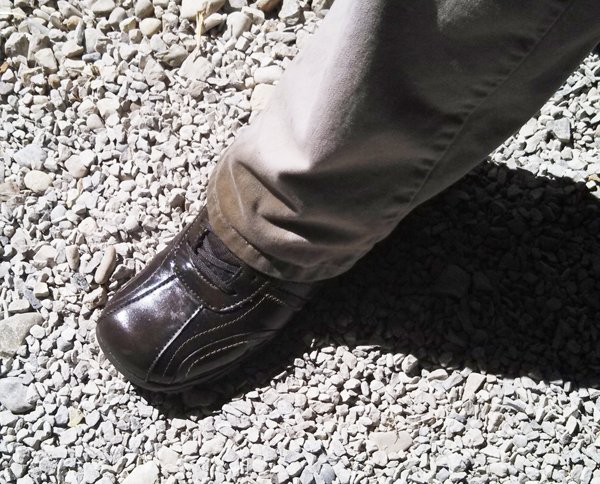 That shine on my shoe and dark spot on my pants was the partial result of my lack of coordination during FSR.

Most folks attend the Farm Science Review to look at equipment, visit ag related businesses and watch harvest demonstrations. They probably fail to realize that there is much adventure that goes on behind the scenes for exhibitors during FSR. I certainly had my fair share of wild times during the 2013 Review.

On the Monday before the show, the staff of Ohio’s Country Journal/Ohio Ag Net feeds lunch to the exhibitors. I was assigned the job of refilling the applesauce. Things were going pretty well until toward the end of the lunch. I was preparing to carry a new pan of applesauce to the serving table when Dale Minyo asked me if I needed help. I assured Dale that I was fine and that I had been managing well all morning.

Despite my assurances, Dale was right that I needed help because he was able to point to the applesauce running out of the pan and down my leg as proof that I actually did need help. The joke was on him though because by the time the incident was over, not only was there apple sauce from my waist to my shoes, but I also managed to spill some on his pants as he tried to help me.
Several of my co-workers were worried that I was upset about my condition. I assured them that it wasn’t the first nor would it be the last time I would wear food in my lifetime. I didn’t know at the time how truthful that prediction would prove to be.

In the field of agriculture, dairy farmers and farm broadcasters are probably the only folks that rise at 4 a.m. During the FSR, I was among those early risers. The horses had to be fed, and I had to be presentable all before my 5:45 a.m. departure. I arrived home about 7 p.m. most nights and fed the horses again and went to bed.

It is clear if you have read my blogs before that I have a vivid imagination and that I do not enjoy entering my barn when it is dark. The lack of sleep played funny tricks on my mind, and I was constantly feeling like I was being watched and hunted by a mythical creature as I fed and watered my horses in the wee hours of the morning.

Evidently the lack of sleep also affected my coordination, because while popping corn on Tuesday at FSR, I managed to drop the large bottle of popping oil and create a huge mess that covered the floor behind the popper as well as my shoes and the bottom quarter of my pants.

To me this accident was just another day in the life of Kim Lemmon, but the staff was really worried about my mental condition as well as the state of my pants. Oh well, maybe next year they’ll just wrap me in bubble wrap and sit me between Ty and Dale while they work on their farm reports. I think it might also be wise for me to throw an extra pair of clothes in the car during next year’s FSR. 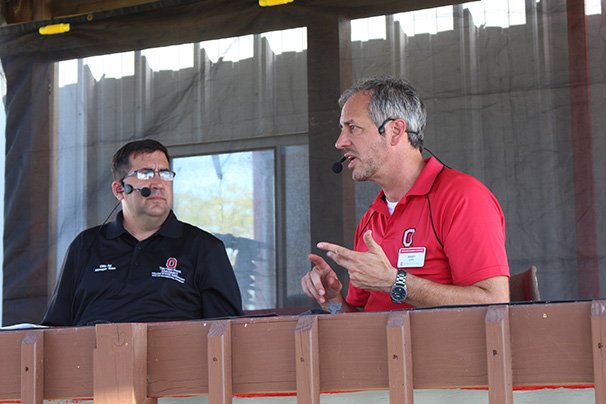 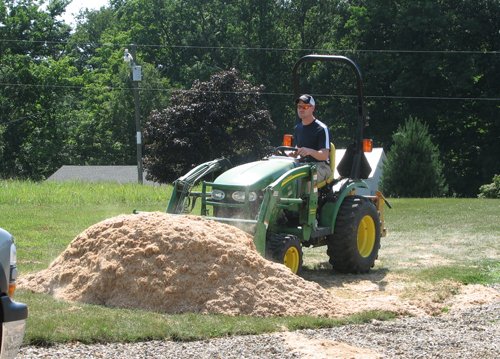 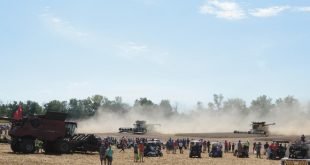 Fun at the Farm Science Review

Wow! What a fun Farm Science Review! The weather was the best we have had …