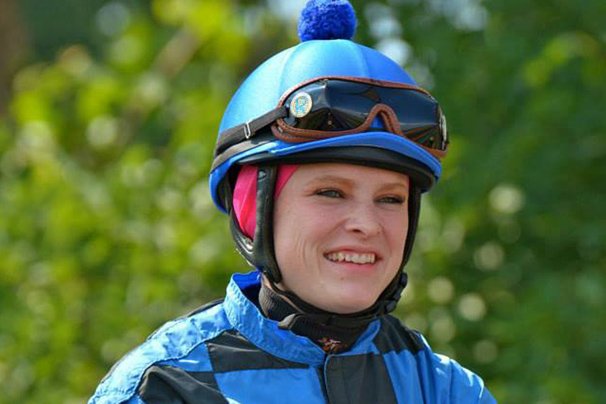 Young jockey making a name for herself in the racing world

Chelsey Keiser is part of a younger generation becoming more involved in the unique sport of horse racing. And, even at her young age, she has already compiled numerous accolades and built a reputation as a tough competitor as she lives out her lifelong dream of being a horse jockey.

She said her love for horses started as she was growing up on her parents’ Darke County farm. The family began racing horses for money and she would help in the training process by galloping. However, when it came time to race, she always had to hand it off to a jockey to take the horse on the track.

“Deciding to become a jockey wasn’t something I just decided to do one day. My parents owned and trained barrel horses my whole life. I rode horses before I could walk and had a pony as well,” she said. “My parents have always tried to make money with the horses and felt this could be achieved by training race horses. When my parents started training them, I galloped for them. Then when it came to racing, a jockey got to ride my hard work. Not what I wanted. I wanted to ride my horses. I also remember growing up and watching the Kentucky Derby, seeing the reaction of the horses and the ride. It was something I wanted to experience and felt like I could.”

Keiser developed her love for horses through a pony she received at a very young age, which she named “Black Beauty.” Though the horse’s color was actually yellow, she said that first positive experience around the animals started a passion that has stuck with her for the rest of her life. Keiser’s dream of jockeying developed over time with the thoughts of possibly racing horses weighing heavily on her mind throughout high school.

“I went through high school with the dream of becoming a jockey in the back of my mind. After graduating high school, I moved to Dayton and attended Wright State University for a year. However, I never stayed one weekend at college because I was always at home working with the horses,” Keiser said. “The next year I moved back home and attended Sinclair Community College so I could be home more with the horses. After two years of college I couldn’t take it any more, I wanted to chase my dream. I talked to my mom about it and she was very supportive.”

Keiser explained that after two years of riding full time, things are looking good for her jockey career. She moved to Florida in January of 2012 where she began galloping for Nick de Meric. The profession does not lend itself to being in one place very long, due to the seasonal nature of the sport and tracks. After being in Florida for only four months, she moved to Virginia for two months, and then came into a more permanent position in Maryland.

According to Keiser, the unique industry is like any other sport and requires dedication from her professional and personal life.

“Like any profession you take time practicing and preparing before you begin the job. To prepare I rode many horses, jogged a lot, changed my diet, and took advice from other jockeys,” she said.

Keiser said that after a year of preparing, her riding career began officially in March of this year at Laurel Maryland Race Track. Since that date, she has been extremely successful in racing and is beginning to make a name for herself as a competitive jockey in the high-stakes sport.

“I have won 47 races. One of my biggest accomplishments was winning a stake race,” Keiser said. “My goal is to be a leading rider at a track and ride better horses and win more stake races.”

Keiser’s unique position in horse racing as a female jockey doesn’t go unnoticed. However, her accomplishments of winning with over 45 horses, including a stake race, are allowing her to make a name for herself as a tough and spirited competitor. She loves what she is doing, but her career path has certainly not been an easy one.

“Being a female jockey comes with many challenges. You have to prove to everyone that you’re just as strong as the boys and that you’re not going to be pushed around. You must turn emotions off and accept the things you cannot change. I like the challenge because proving the doubters wrong is a huge reward,” she said.

In addition to being a strong member of the equine community, Keiser is also interested in helping tell the story of agriculture. She recently won an award for her work in the field by being named the Agricultural Communications National Proficiency Award winner in 2011 for the National FFA Organization.

“I worked at WTGR Radio Station as the afternoon farm news broadcaster. Monday through Friday I recorded a four-minute broadcast that included an agricultural story, local grain bids, and a farm calendar,” she said. “Communication is so important to agriculture because it’s important for people to understand how farming works. It’s important for people to understand that the people involved in agriculture are passionate about what they do and care about their products.” She thanks her former FFA teacher Dena Wuebker for helping along her path of chasing her dreams. As part of her ongoing agricultural outreach, her advice to those not familiar with this unique corner of the equine industry is an invitation to come out to the tracks.

She believes horse racing is a showcase of what horses were naturally made to do and that the spectacle is one many people will enjoy.

“Horse racing is what horses are bred to do. Horses are made to run and this shows the horse’s ability to the fullest,” Keiser said. “It’s what they’re naturally made to do. Every person should go to the track at least once in their life. The people who work with these animals are so very passionate about it. The commitment people put into these horses is amazing. It’s their lifestyle and that’s all they know and wouldn’t change it for the world. People who visit the track would see happy horses and happy people.”

Keiser recognizes the hard work that’s required to follow her dream of racing and says it has challenged her in every way possible.

“Chasing this dream has been the hardest thing I have ever done in my life, however I would not want to be doing anything else. My family has got me through more than I could have imagined. The support I have has been phenomenal and helps get me through the bad days,” she said. “I live my life by the simple quotes, but one I remind myself often is, ‘When you have a bad day doing something you love, it’s still a better day than doing something you hate.’” 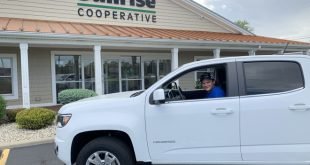 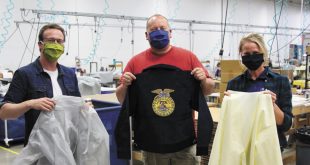 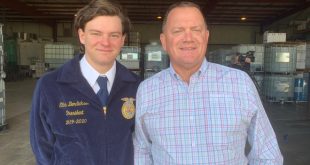 Stepping into a career with Sunrise Cooperative 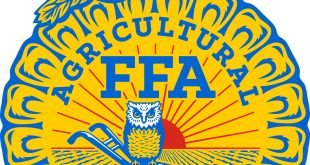 FFA chapters across Ohio have been awarded grants designed to help their local communities. The …