The Ohio Agricultural Council will induct Bernard Heisner of Hilliard, Don Ralph of Morral, John Watkins of Prospect, and the late William Hoewischer of Sidney into the Ohio Agricultural Hall of Fame during a special breakfast ceremony held in the Rhodes Youth Center at the Ohio Expo Center. The 49th annual event will attract approximately 500 guests to honor these four professionals for their lifetime of service and dedication to Ohio’s agriculture community.

“Our Board is pleased to be honoring such a diverse group of inductees into this year’s class,” said Jenny Hubble, OAC president. “Each inductee stands out individually for his exceptional contributions to Ohio’s agriculture industry, but together they represent the passion, leadership and hard work evidenced by their collective decades of unmatched experience in farming and agriculture.”

The following four inductees will join the more than 200 prior recipients named since 1966 when the program was incepted.

Bernard (Bernie) Heisner has been a dedicated leader to Ohio agriculture, most notably in the dairy industry.  Since 1993, Heisner served as general manager for COBA/Select Sires, Inc. retiring in 2013. During his tenure, he has transformed the cooperative into a progressive leader, helping farmers improve their herds, milk production and income through outstanding genetic and bloodline selection.

Heisner has been an active leader in the dairy industry through his involvement in the Ohio Livestock Coalition, Ohio Agricultural Council, Ohio Dairy Producers Association, and National Dairy Shrine. He also has been an ardent supporter of The Ohio State University’s College of Food, Animal and Environmental Sciences and 4-H judging programs.

Heisner has been recognized by the industry for his leadership and service many times throughout his career. His motto, “What does it take to get it done and how can I help make it happen?,” has left a powerful imprint on the dairy industry that will continue for years to come.

Agriculture has not only been Don Ralph’s livelihood, but his passion. As a second-generation farmer, Ralph works hard not only on his farm, but in Washington D.C. and Columbus, Ohio, where he advocates for the betterment of agriculture. Recently, Ralph has been serving as a strong advocate for improving the quality of Ohio’s lakes and waterways and educating the public about the possible causes and solutions of the toxic algae blooms in Lake Erie.

Ralph’s farm has been recognized numerous times for its conservation efforts. In 2001, Ralph Farms received the Outstanding Conservation Operator Award from the Marion County Soil and Water Conservation District. The farm also received the Buffer Ohio Award, which recognizes landowners who have done an outstanding job of applying and maintaining conservation buffer practices to the Ohio landscape.

Through the years, Ralph has served on numerous boards and committees at the state and local levels, including the Farmers Mutual Relief Association, Ohio Soybean Council, and Ohio Farm Bureau Federation Board of Trustees.

John Watkins has served Ohio agriculture for more than 50 years and has positively impacted the lives of tens of thousands of young people preparing for a career in the farming community.

Watkins has made a difference in the classroom, in educational administration and public service. His energy, enthusiasm and commitment to the Ohio agriculture community have provided great dividends to the state’s citizens.

William (Bill) Hoewischer, now deceased, worked for more than 60 years as a farmer and livestock breeder in Ohio. He was nationally known as a breeder and exhibitor of registered livestock, specifically for Belgian horses, Yorkshire and Hampshire hogs, and Shorthorn beef cattle.

Through his career, Hoewischer tirelessly gave his time and resources to the livestock industry through serving on the Producers Livestock Association (now United Producers, Inc.) Board, National Livestock and Meat Board, Farm Credit District Bank Board, and as the superintendent of the beef cattle at the Ohio State Fair.

He was recognized nationally for his achievements and contributions. In 1993, Hoewischer received the Ohio Farm Bureau Federation’s Distinguished Service Award, the organization’s highest honor, for his outstanding contributions to his local community and the industry of agriculture at the state and national levels.

Hoeswischer was well respected by individuals he worked with and served, and was looked to as a strong leader in the agriculture industry.

For further information about sponsorship in honor of the inductees, or to obtain tickets to the Agricultural Hall of Fame induction ceremony, contact the Ohio Agricultural Council at 614-794-8970 or via email at info@ohioagcouncil.org. 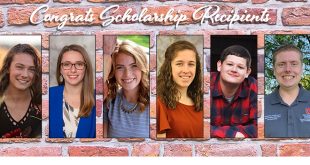 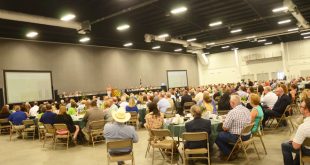 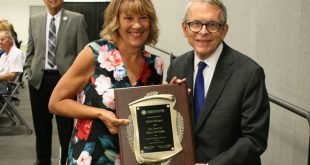 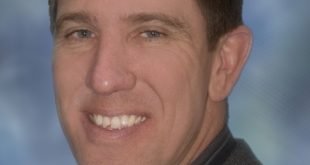 The Ohio Auctioneers Association recognized Bart K. Sheridan of Cedarville, Ohio, as one of its …