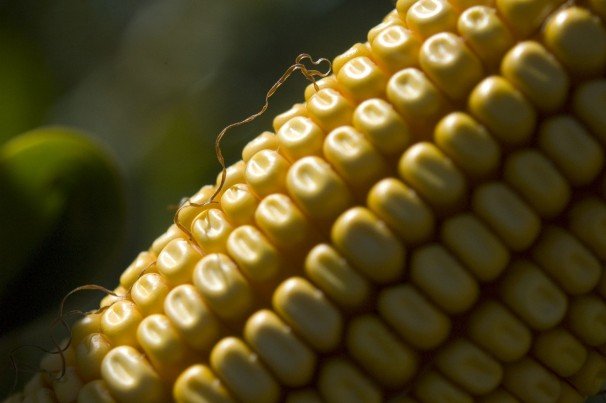 Time to take a look at Brazilian corn production

With 85% of the Brazilian soybean area harvested by Apr 11, and with everybody expecting a production around 86 million tons (3.160 billion bushels), it’s time to take a look at the Brazilian corn production. The first crop, also known as “summer crop,” and planted from September to December, was damaged by the same heat wave that, earlier this year, resulted in a loss of 4 million tons (147 million bushels) of soybeans. The summer corn crop is estimated by AgRural to be 28.9 million tons (1.138 billion bushels), with a 10% annual decrease in acreage (due to the low prices seen in the second half of 2013) and a 7% drop in the average yield. On April 10, 56% of the area was harvested.

But the main corn crop in Brazil is not the summer crop anymore. The second crop, also known as “safrinha” (“little crop” in Portuguese), has gained more and more importance over the last few years. In the last season (2012-2013), it accounted for 58% of the Brazilian corn production, compared to 27% 10 years ago.

Safrinha corn is planted from January to March, right after the soybean harvest, and is harvested from June to August, during the Southern Hemisphere winter. It is possible to do that because many areas in Brazil do not have a real winter. In northern Mato Grosso, the top safrinha corn state, the average temperature in June (equivalent to December in the Northern Hemisphere) is 74 degrees F.

The safrinha corn, however, is a risky crop. In central Brazil, and especially in Mato Grosso, the problem is not the temperature, but the moisture. In that region, fall and winter are hot and dry. From mid-May to mid-September, there is virtually no rain in Mato Grosso. That is why farmers are always in a hurry to plant their corn as soon as possible, trying to guarantee that the crop will pollinate until early May.

This year, however, about 10% of the area in Mato Grosso was planted after the optimum window, due to excessive rainfall in late February, and this might have an impact on yields, unless the rainy season extends until late May. This happens sometimes, since the tropical weather is less predictable than the patterns seen in temperate zones. Even so, good amounts of rain in May are always like winning the jackpot.

But the lack of rain is not the only problem that makes safrinha corn a risk crop. The state of Parana, Brazil’s second producer, is located in the south, where winter feels more like… winter. Snow is very rare, but frosts are common in May and June. Last year, two big frosts damaged the wheat crop, but not the corn fields, because they came too late, in July. Pure luck.

In this second week of April 2014, we already had some freezing temperatures in the neighbor state of Santa Catarina (where farmers can’t grow safrinha corn because of the cold weather). In Parana, the same cold front resulted in pretty decent amounts of rain, which is good for the crop — 51% of the fields are in reproductive stages.