Spotted Knapweed, a perennial forb common in the western United States, arrived from Europe in the 1800’s. Over the past 4 years, farmers in eastern Ohio started noticing it in and around their pastures. The plant has a tall, spindly appearance with purple flowers that appear in July. A prolific and long-lived plant, spotted knapweed can live up to 9 years producing up to 1,800 seeds per plant a year.

This highly invasive weed shades out pasture grasses and produces a dense, spiny overstory, which may cause erosion and reduced grazing capability. Knapweed has an allelopathic effect, meaning it gives off chemicals that inhibit the growth of other plants, much like a walnut tree does near a garden. Allelopathic plants kill vegetation around the plant so that seeds have a place to germinate when they fall off the plant, where they may remain viable but dormant for 5 years in the soil. Thus, spotted knapweed control requires a sustained, site-specific commitment over a period of several years. NRCS will develop a management plan to control spotted knapweed based on the farmers’ goals, including both chemical and mechanical control methods.

Once promoted as a plant to stabilize soils and create wildlife habitat, conservationists encouraged land managers to plant autumn olive on fragile reclaimed mine lands. While this Asian import proved very effective in stabilizing soils, it produced the unintended consequence of spreading into pastureland where it crowds out native vegetation.

It is easy to identify autumn olive when driving through eastern Ohio’s pasturelands, either by sight or by smell, as dense stands emit a strong scent in the spring, which some find unpleasant. It can grow up to 20 feet tall and 30 feet wide, and has light green leaves with a silvery sheen on the underside. Autumn olive flowers from April to June, producing a speckled red fruit around October.

Autumn olive control requires a two-phase approach using both mechanical and chemical control methods. If left untreated, the stump of a newly felled autumn olive will grow back multiple stems, exacerbating the problem.

The tree of heaven, also referred to by its’ scientific name ailanthus, arrived in the United States in the 1700’s from China for use as an ornamental tree in primarily urban areas. It can reach 70 feet tall with a trunk diameter of 70 feet at maturity. It flowers in the summer and produces fruit in the fall.

The tree spreads through seed dispersal and by a spreading root system extending as far as 90 feet from the parent tree. It grows very rapidly, interfering with the growth of native plants. Similar to autumn olive, the tree of heaven has a strong scent which many find disagreeable.

Similar to spotted knapweed, the invasive tree of heaven is allopathic, killing nearby vegetation and slowing native plant succession.

NRCS will assist landowners in developing a management plan to control and slow the spread of these invasive plants in southeast Ohio, where it has yet to reach the extent of invasion seen with autumn olive.

According to Jay McElroy, NRCS Area Resource Conservationist in Zanesville, NRCS and other agriculture agencies, including Ohio State University Extension, will provide information on invasive plant control options throughout southeast Ohio in the coming months. Pastureland and hayland farmers in the seven southeast Ohio counties have until July 18, 2014, to submit applications for the Southeast Ohio Noxious and Invasive Weed Treatment Program. Call or visit your local NRCS office to schedule an appointment to start the application process. To find your local NRCS office visit the Ohio NRCS website at http://www.nrcs.usda.gov/wps/portal/nrcs/main/oh/contact/local. 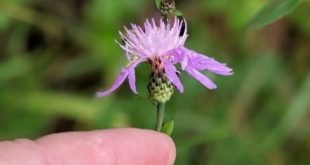 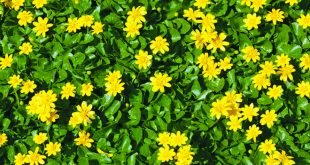 Lesser Celandine is on the rise