There were 4.6 days suitable for fieldwork in Ohio during the week ending May 11, according to the USDA, NASS, Great Lakes Region. Precipitation in areas around the state for the week ranged between 0 inches and 1.31 inches, with a state average of 0.75 inches. Average temperatures in areas around the state ranged from 55 degrees to 67 degrees, with a state average of 57.9 degrees Fahrenheit. Weather conditions around the state this week were highly conducive to fieldwork, as warmer temperatures and clear conditions dried out the soil and gave most producers a chance to get into their fields. Growers were able to make significant progress planting corn, soybeans and oats. Corn and oats are now much closer to the five year average for percent planted, with soybeans more behind. Emergence is behind for all three crops. Producers also spent the week spraying and tilling fields. Winter wheat condition improved, though some of the improvement can be attributed to decisions on which fields to take to harvest and which to plow. 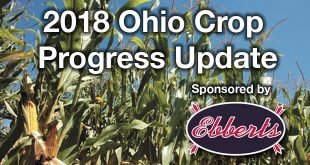 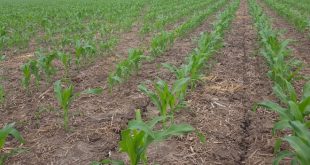 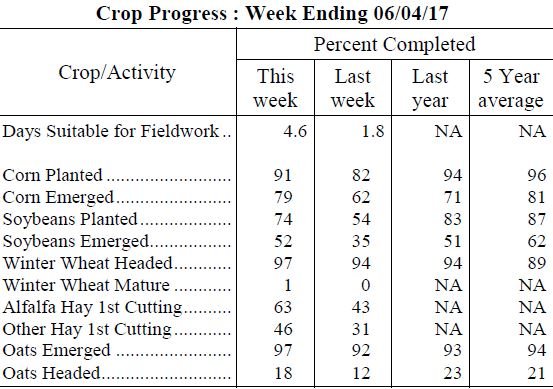 Harvest Resumes after Rain Conditions for harvest were nearly ideal for most of the week, …