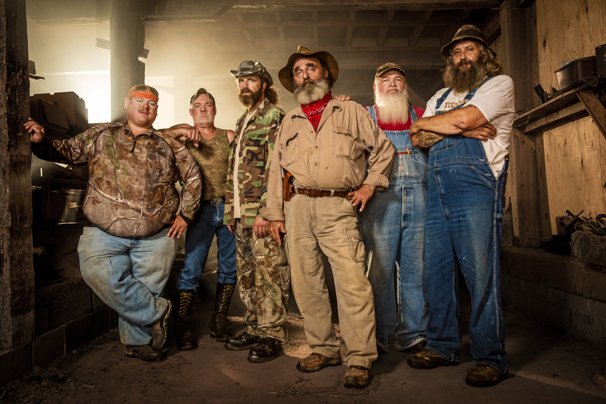 Recently, there has been a renewed modern focus on Appalachian creatures of folklore as the men featured in the television show “Mountain Monsters” investigate them. During the first and second seasons of the show starring Ohio and West Virginian hunters and trappers, three episodes have been dedicated to investigating sightings of these mysterious creatures right here in Ohio.

Although this program featured on Destination America is fairly new, the investigators starring in it are not rookies at tracking wildlife and investigating creatures in the hills and mountains of the Appalachian region.

“Trapper” John Tice, leader of the group, grew up listening to ghost and monster stories on his front porch as a kid.

“It all started back probably in the 40s and 50s sitting on front porches before television,” he said. “Radio wasn’t very good either so we listened to folklore tales. That was a big deal. It was ghost stories and stories of monsters. The kids were always threatened that some kind of monster was going to get them.”

As an adult, Tice maintained a career as a boilermaker, but his interest in the folklore of the region continued. In the early 2000s, he and his son investigated the infamous “Ikie’s tomb.”

“It is a folklore tomb in West Virginia,” Tice said. “We did all the research on it and we were published in Goldenseal magazine. It just blossomed from there.”

After the results of their investigation were published in Goldenseal (for an excerpt visit http://www.wvculture.org/goldenseal/fall03/ikie.html), a magazine of West Virginia that focuses on traditional life throughout the state, Tice’s interest in doing more research grew.

By the mid-2000s, Tice and a group of his friends with a common interest in investigating creatures of the region formed the group AIMS (Appalachian Investigators of Mysterious Sightings). The goal of the group, according to their website, “is to investigate mysterious sightings of creatures and phenomena in the Appalachian regions as reported by individuals who are frequently scared that they will be laughed at or ridiculed for what they saw.” The group investigated many sightings quietly in the woods without any attention from the press before a television network discovered them.

“We were out there a few years before Destination America found us,” Tice said. “We tried to fly under the radar. We didn’t want anyone to know anything about us because once you go public, your witnesses kind of die. It’s a lot harder to get witnesses. Then the witnesses you do get aren’t reliable.  Everyone wants to be a witness then. It’s getting a little harder all the time.”

When the group was contacted by Destination America about creating the show “Mountain Monsters,” the men talked about the opportunity and decided, “Oh, we’ll give it a shot.”

The first season of the show originally aired in 2013 and included six episodes. One of the six episodes featured the Ohio Grassman and was filmed in Perry County, Ohio. During the second season which is airing April through July 2014, 14 episodes were filmed — two featuring Ohio creatures. Though each episode is only one hour in length, much more time goes into creating each show.

“Believe it or not, it’s hard work,” Tice said. “For 43 minutes and 50 seconds of television, we film with three Emmy-award winning camera men for four or five days. Most of those days are 12 hour plus days.”

Long days spent in the woods during extreme temperatures are just part of what the crew endures to bring to life the creatures of the Appalachian region for their audience.

Even extreme cold doesn’t keep the crew from their job.

“Last January, when it was 12 below zero in Ohio, we were out there every day,” he said.

The men featured in the program are a colorful group of individuals native to Ohio and West Virginia that have formed a mutual bond through their love of the outdoors and their interest in investigating mysterious beings. Tice is sure to point out that they are just a group of friends hanging out in the woods; they are not television actors.

“We have no scripted lines,” Tice said. “The funny stuff is just the funny stuff that old guys say and do. The great part about us is that we can laugh at ourselves.”

This fun-loving adventurous group of men has managed to turn their private investigation group into a television hit. When pressed, Tice will admit the show has become popular.

“This year, our premier broke all the Destination America records,” Tice said. “We helped give them the best April in the history of the network.”

The popularity of the show does have some drawbacks. As the viewership of the program has grown, comments on the Internet questioning the legitimately of the program and its evidence have increased. The comments that frustrated Tice the most were accusations that he had faked an eye injury to heighten drama on the show.

“I read on the Internet that someone said that was makeup (on my eyes),” Tice said. “Well watch the Sheepsquatch episode. A couple seconds later, after that, look at my face — how my eyes are swollen, how the skin was super red.”

Despite the temporary injury to his eyes, Tice insists that most of the danger they encounter during filming does not originate from the elusive creatures themselves.

“Often, the terrain is more dangerous than the creatures,” he said.

Though the dangers of hiking through treacherous geography after dark in the Appalachian region cannot be denied, viewers often doubt the existence of the creatures of folklore of the region.

“Most creatures don’t want to be detected,” Tice said. “Even when you see something, you’ll doubt yourself.”

To those folks who refuse to give any validity to the program and to the existence of such creatures, Tice only has one thing to say with a laugh, “I’d hate to be old and grumpy and have no kid left in me.”

New episodes of “Mountain Monsters” continue on Destination America every Friday at 10 p.m. through July 25, 2014. In addition to several other episodes, the second season’s two-hour finale was filmed in Ohio.

To find out more behind the scenes information about the show, visit Kim’s blog titled “’Mountain Monsters’: The inside scoop.” 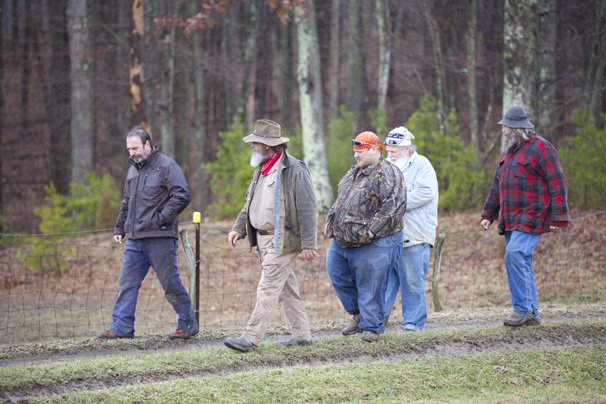 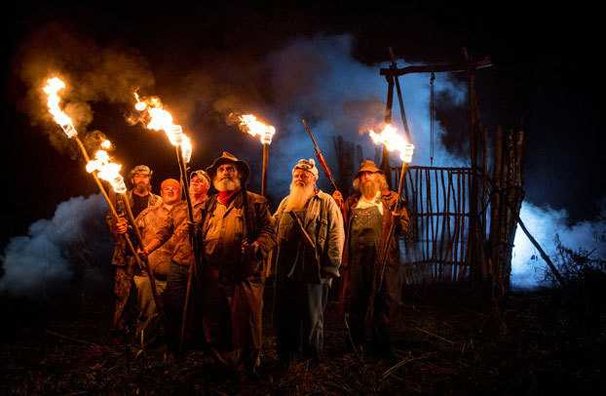