If passed, the legislation would have had a devastating effect on local sustainable farming in New York by forcing farmers to abandon the humane animal housing practice. New York family farmers use individual maternity pens because they allow for personalized animal care and eliminate pregnancy aggression from other sows. Banning the practice could have resulted in financial damage and, potentially, destroyed a sustainable and affordable food source for New Yorkers.

The legislation was pushed by well-funded animal-rights lobbying groups, which have dramatically increased their legislative efforts in the last few years, organizing in as many as six states at a time. While extreme animal-rights proponents have expended and wasted significant resources in many states, 41 states have refused to pass similar legislation into law. The victory in New York marks two years since a state legislature has been misled into passing similar misguided legislation against family farmers.

“Sure, the animal-rights groups had some early successes, but now that legislators are hearing both sides of the issue, they are choosing to allow the farmers to care for their animals the best way they can,” Keller said. 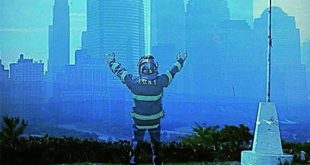 By Matt Reese So, where were you when the world stopped turning that September day? …