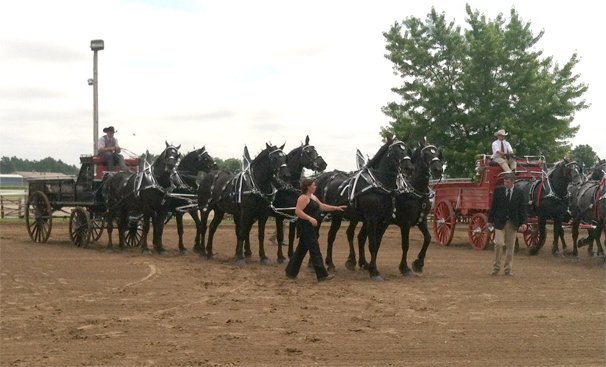 Eagle Creek Percherons was one of seven Ohio 6-horse hitches competing in the show.

The Centreville Classic Draft Horse and Pony Show in Michigan is often recognized as the unofficial start of summer draft horse shows. This year, the show drew 16 draft horse hitches from throughout the United States.

Belgians, Percherons and Clydesdales competed during the two-day show held on June 21-22. This outdoor show held at the local county fairgrounds near Centreville, Michigan, proved to be a great place to kick off the summer show season. The weather was nice the show was well attended. Seven of the sixteen 6-horse hitches that competed at the show were from Ohio.

Here are a few photos of some of the hitches from Ohio.