Twelve young Ohioans have been named recipients of $1,500 college scholarships from the Ohio Farm Bureau Federation Foundation. Supported by the Ohio Farm Bureau Federation, the Foundation annually recognizes Ohio students for their academic effort, engagement in their communities and career interests that link agriculture to community service, education or scientific research.

Jepsen, Moonilall and Wilson are recipients of the Ohio Farm Bureau Foundation Scholar Award, which recognizes students for academic effort, community service and career interests that use agriculture to enhance the partnership between farmers and consumers. Jepsen is a graduate of Amanda-Clearcreek High School and is studying agribusiness at Ohio State University. Moonilall graduated from Florida International University in Miami, Fla., and is pursuing a master’s degree at Ohio State University in environmental science with emphasis on soil science. Wilson is a graduate of Benjamin Logan High School and plans to study agricultural business at Wilmington College.

Bonham, Hiltbrand and Neal were honored by The Women’s Leadership in Agriculture Scholarship Program, which was established by the Charlotte R. Schmidlapp Fund, Fifth Third Bank, Trustee. The Fund is one of the oldest in the nation and supports academic institutions, social service and charitable organizations providing opportunities “to ennoble, to uplift and to strengthen the lives of young women.” Bonham, a Miami Trace High School graduate, is double majoring in agricultural communications and sustainable plant systems with a specialization in agronomy at Ohio State University. Hiltbrand is an Edgewood High School graduate and plans to study agricultural communications and animal sciences at Illinois Central Community College. Neal has a bachelor’s degree in animal sciences and master’s degree specializing in dairy science and is pursuing a PhD in comparative veterinary medicine at Ohio State University.

Corcoran, Dimengo and McCracken are the inaugural winners of the Cindy Hollingshead Scholarship. The program was established in memory of Ohio Farm Bureau’s 39-year executive secretary who passed away in 2011. Hollingshead was instrumental in the development of Ohio Farm Bureau’s service to its members and a leader in her community. Corcoran is a Zane Trace High School graduate and plans to study computer engineering at Ohio State University. Dimengo is finishing a master’s degree in nonprofit organizations at Case Western Reserve University. McCracken graduated from Anna High School and attends Ohio State University, studying agribusiness and agricultural communications.

Families and individuals wishing to establish their own life gifts to enhance scholarships and service programs have the opportunity to become involved in the Ohio Farm Bureau Foundation Bequest Society. More information on these and other programs can be found at www.ofbfoundation.org. 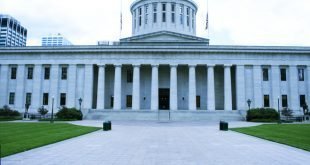 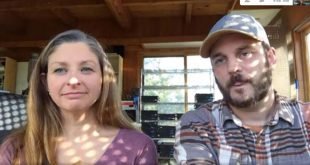