Given opportunities for higher return on investment and more flexibility at harvest, experts said on-farm grain storage can be a key component of any farmer’s grain marketing plan.

Mitch Finney installed his first grain storage system in 2002 on his 4,600-acre farm in London, Ohio, and has completed two expansions since then. Today, he has seven dry storage bins, totaling 835,000 bushels of capacity, a 21,000-bushel wet holding bin, a tower dryer capable of drying 1,400 bushels per hour, a grain hopper tank, three bucket legs and three conveyors.  He worked closely with his local GSI dealer, Sims Construction, in the planning, design and construction of the system, which this year is receiving various upgrades and other system maintenance.

“Having my own storage system, I don’t have to wait in lines at the elevator at harvest,” Finney said. “We can work in the field every day to bring the crop in. It speeds up harvest so much. And drying my own grain costs less than the elevator charges.”

Finney, who farms with his brother, Randy, and his nephew, Douglas, adds that on-farm storage also gives him more options to market his grain.

“Now we can hold on to our grain longer and use all kinds of different strategies,” he said. “For example, we have an ethanol plant close to us, and when they start running low, they offer a premium to us. We never had that option before.”

Finney said, on average, he has earned 15 to 45 cents more per bushel of corn by storing and selling it at a future date. And, last year, he earned a 20- to-30 cent premium on his soybeans.

“It definitely makes a difference,” he said.

Despite multiple expansions, Finney said his storage components were designed to operate efficiently as an integrated system.

“It all works together very fine-tuned,” he said. “I can be drying corn at the same time I’m unloading grain into the wet bin. I can have several conveyors and three-bucket legs running at the same time. Everything is all right there close together, running smoothly.”

“Scalability was built into the original design of the system to accommodate future growth,” said Scott Sims, president of Sims Construction.

As for his future plans, Finney says he’ll continue to expand his storage based on market conditions.

“If yield potential starts increasing with all the new corn and soybean technology, we’ll expand again,” he said.

On-farm storage can be a tool for addressing the increasing level of risk in crop production.

“Today’s farming operations face risk from not only fluctuating commodity prices, but also input prices, yield variance and other factors that have forced producers to become more marketing savvy,” said Adam Dryer, ag consultant from Blue Reef Agri-Marketing, Inc., based in Morton, Ill. “We’ve seen a trend toward more on-farm storage in recent years because producers understand they can put more money in their own pockets.”

Dryer explains that the economics of on-farm storage can work to farmers’ benefit in two ways.  First is the ability to bypass historically wide basis levels in the fall. Basis is the difference between the Chicago Board of Trade daily market price and the price that elevators pay to farmers.

At harvest, this price is typically much lower due to the fact that elevators are receiving large quantities of grain when there is no additional demand to account for it. Dryer notes that the basis spread may be more favorable to the producer, depending on his location, by storing and delivering grain at a later date, when the market has reduced supply and there is still demand.

Dryer says there is also the opportunity for higher prices when farmers contract their grain and store it for future delivery — known as market carry.

For example, he said that the combination of basis appreciation and market carry on a summer 2015 corn delivery contract could add 40 to 50 cents per bushel to a farmer’s gross revenue, assuming an average or better crop this season. The increasing need for a consistent grain supply to processors, rail facilities and ethanol plants in the Midwest is another factor supporting more on-farm storage. Grain marketing experts say on-farm storage is one of the keys to ensure that farmers can capitalize on this opportunity, which in part is being fueled by strong global demand for food and feed.

Greater flexibility and reduced grain loss also come with on-farm storage. Having 24/7 access to their own storage system also enables producers to get their crop out of the field quickly, when conditions are optimal, reducing the potential for lost revenue and profits, said Scott Becker, sales operation manager for GSI (Grain Systems, Inc.), a leading provider of grain storage, conditioning and handling equipment.

“Avoiding any potential delays waiting in lines or limited receiving hours at their grain facility reduces the chance of grain loss due to wind, stalk quality and over-drying in the field,” Becker said. “Grain that is allowed to dry down too far in the field increases the potential for damage and head loss, as well as reduced test weight.”

“Maximizing the speed of harvest can reduce the need for excess grain carts, grain trucks and operators,” Becker said. “In several instances, customers have been able to sell a semi after investing in a new state-of-the-art on-farm grain system complete with drying and grain handling.” 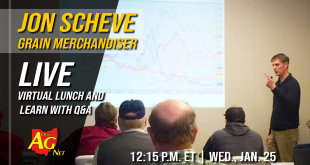 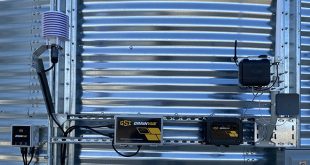 Preventing the use of “free” storage

By Jon Scheve, Superior Feed Ingredients, LLC Throughout October, the corn market has traded within …