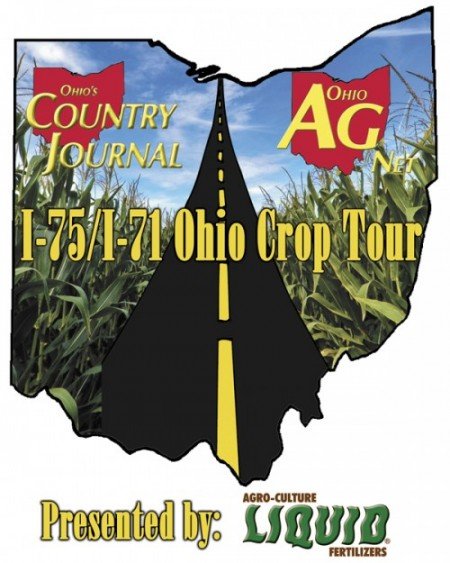 The weather was perfect for the 2014 I-75/I-71 Ohio Crop Tour as two teams crisscrossed the state hitting 42 of Ohio’s top corn and soybean counties doing corn yield checks and soybean crop assessments. The tour offered a huge amount of variability with corn everywhere from mid-pollination to late dent. We sampled a corn field and a soybean field in each county.

It should be noted that the yield estimates made on the tour indicate the potential of the field. In many cases the corn and soybeans are very late and still in need of time and moisture. An early frost and no more rain moving forward could significantly (and negatively)  impact yields in a large percentage of the fields surveyed.

The combined tour average was 186 bushels. The formula used is accurate plus or minus 30 bushels for the areas of the fields sampled.