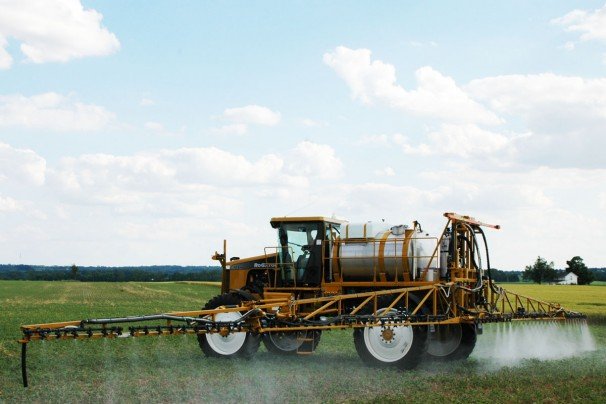 Resistant weeds have more than doubled since 2009 and infest approximately 70 million acres of American farmland. In some cases, farmers have had to resort to hand weeding many acres to get on top of the problem.

With this in mind, many farmers are glad to hear that a new weed control tool will be available in the near future. Yesterday, the U.S. Environmental Protection Agency announced that it is registering the long awaited herbicide, Enlist Duo, for controlling weeds in corn and soybeans genetically-engineered to tolerate 2,4-D and glyphosate. This follows up on the U.S. Department of Agriculture’s decision to deregulate Dow AgroSciences 2,4-D and glyphosate-resistant corn and soybeans last month.

The regulatory process for the technology has been a long one.

“It took more than 1,800 days for the USDA to approve it and there was very little reasoning for the length of that time frame that should have been closer to 300 days,” said John Davis, a Delaware County farmer and board member for the Ohio Corn and Wheat Growers Association. “In all fairness, the agencies have to worry about litigation. They have to weigh the positive and the negatives, but this has been very political. I understand that they need to approve things in a manner that ensures it is safe, but 2,4-D has been used for more than 50 years and has been tested and re-tested and never been found to have a problem. There is so much redundancy.”

Enlist Duo was developed to address concerns about injury to sensitive crops due to drift. When used with low-drift nozzles, Enlist Duo with Colex-D Technology can reduce the potential for physical drift by 90% compared with a tank mix of traditional 2,4-D and glyphosate, according to Dow AgroSciences. This better allows the spray to land and stay on the intended target weeds.

Even though the approved formulation contains the choline salt of 2,4-D, which is less prone to drift than the other forms of 2,4-D, the EPA is additionally imposing first-time ever restrictions to manage injury to sensitive crops. The EPA has put in place restrictions to avoid pesticide drift, including a 30-foot in-field “no spray” buffer zone around the application area, no pesticide application when the wind speed is over 15 miles per hour, and only ground applications are permitted.

“Regarding the issue of volatility I have no serious reservations at all that Dow has come up with an ultra-low volatile — in fact essentially non-volatile — formulation. Secondly, my understanding is that the herbicide label will prohibit applications when there is wind blowing towards sensitive crops. These are significant developments and will reduce the likelihood of sensitive crop injury from off-site movement of the herbicide,” Doohan said. “However, I don’t believe that these developments eliminate risk, and I predict that incidents of damage to sensitive crops will increase, at least during the first few years. My guess is that settlements will be harsh on the offenders and, over time may, bring the incidents of drift back down.”

To ensure that weeds will not become resistant to 2,4-D and continue increased herbicide use, EPA is also imposing a new, robust set of requirements on the registrant. These requirements include extensive surveying and reporting to EPA, grower education and remediation plans. The registration will expire in six years, allowing EPA to revisit the issue of resistance. In the future, the agency intends to apply this approach to weed resistance management for all existing and new herbicides used on herbicide tolerant crops.

Ultimately, many farmers, including Davis, are pleased that the technology can now move forward and serve as a valuable tool for combating increasingly problematic resistant weeds. But, concerns remain about the slow regulatory approval process for new herbicides and traits. 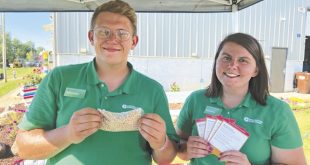