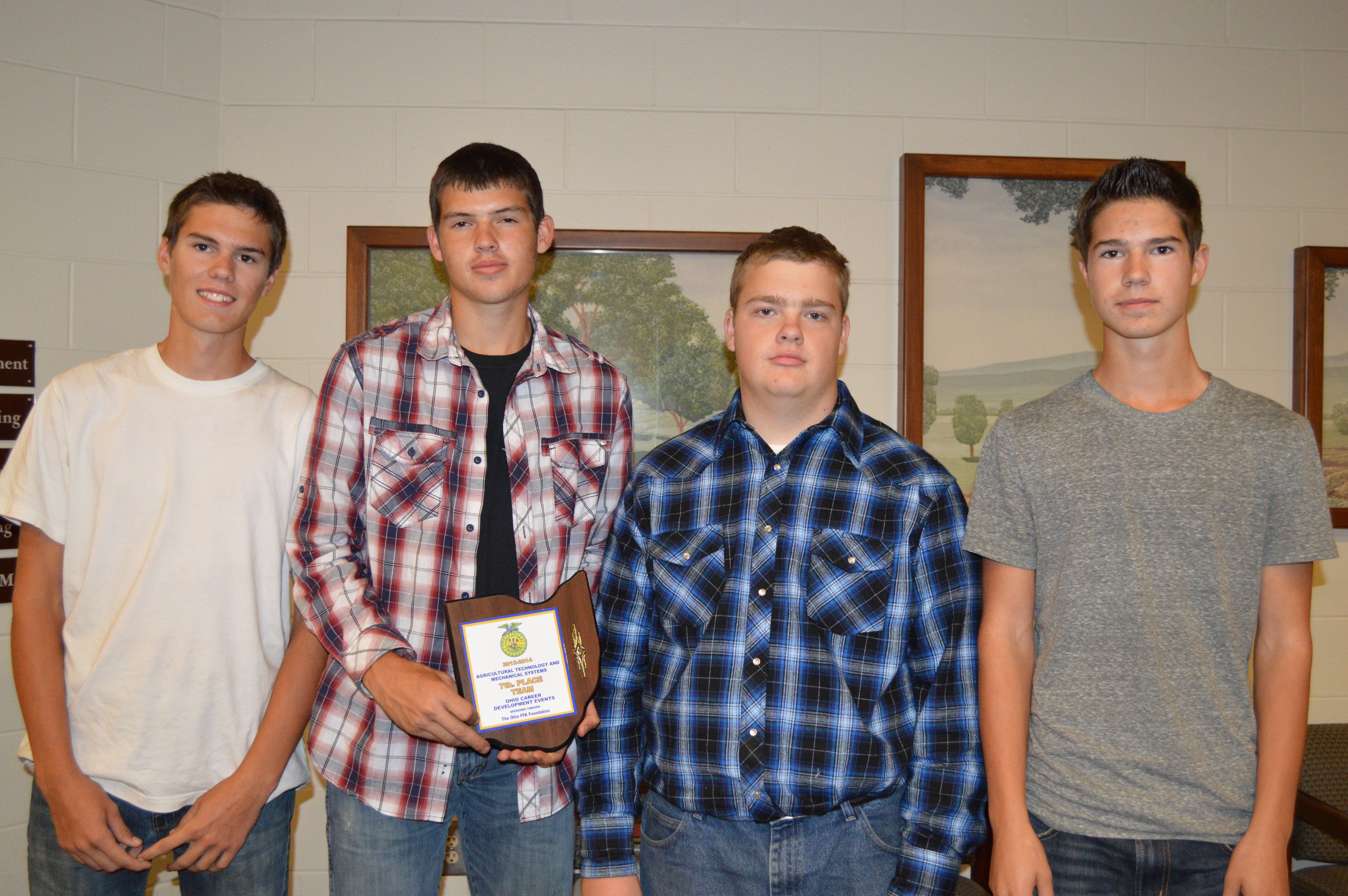 The team qualified for the finals after taking online exam and scoring in the Top 10 in the state. The finals contest was hosted by the Department of Food, Agricultural and Biological Engineering at Ohio State and consisted of several hands-on practicums.

The team placed 7 in the state. The team received a plaque for their overall placing. The highest placing individual from Miami East was Cody Reid who placed 11 overall. A highlight of the contest was the perfect scores that Cody Reid and Weston Hodge scored in the engineering practicum.