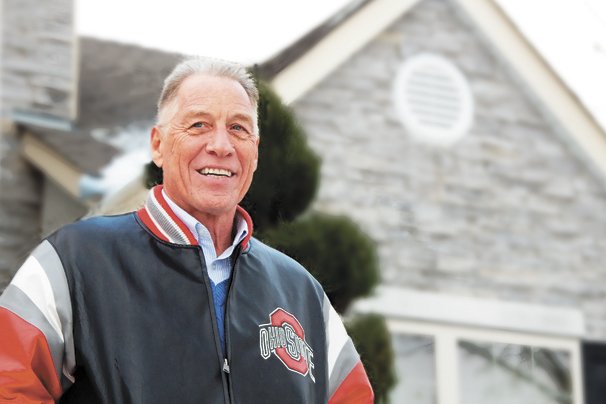 In 2010, Ohio agriculture shocked anyone who was paying attention by making an agreement with the Humane Society of the United States (HSUS). What initially seemed to be a deal forged with the devil ultimately took the wind out of the well-funded sails of HSUS in their quest to implement their agenda in Ohio.

Among the individuals squarely in the HSUS crosshairs was Dick Isler, the executive vice president of the Ohio Pork Council. At the time, Isler had a wealth of pork industry and consumer relations experience to rely upon, but great leaders know that unified efforts based on years of carefully cultivated relationships are vastly more powerful than individuals.

Hours after the shocking agreement was settled, Isler had this to say.

“We involved the Ohio Pork Council executive committee made up of our officers and those representing us at the national level. We also engaged key stakeholders in the industry as to what terms we could live with,” he said. “Governor Strickland and his staff helped facilitate meetings between Ohio agricultural groups and HSUS. This was not only the pork producers who had to agree on this. The poultry producers, the beef industry, veal, dairy, corn, soybean and Ohio Farm Bureau — we were all united in this. We all agreed that if any one part of Ohio agriculture disagreed with parts of this that we should all walk away from it. Ohio agriculture unified in our best interest.”

The HSUS agreement and the associated Animal Care Standards Board averted an extremely costly ballot initiative battle and preserved the long-term viability of Ohio’s pork industry. These are just a couple of the numerous important accomplishments in Ohio that took place during Isler’s incredible tenure spanning four decades at the helm of the Ohio Pork Council, though it is not the accomplishments, but the relationships that facilitated them, that will be his lasting legacy. Isler retired on Jan. 10.

“It has been fantastic to see all the changes in the pork industry and the organization,” Isler said. “When I started, I thought I would try this job for awhile and 42 years later, it has obviously developed into a tremendous opportunity to work with some of the best people in the world, quite frankly. I just feel very honored and fortunate to have had the opportunity.”

April 1, 1973 was Isler’s first day on the job as the organization’s first paid employee. Since then, Isler has become known throughout the swine world for his work in Ohio pork, but the man who has been instrumental in promoting pork and helping producers for a good portion of the last century had humble agricultural beginnings in Marion County.

“I grew up on a family farm near Prospect. I have three older brothers and two younger sisters. At that time, we were a very general farm,” he said.

Isler studied at Ohio State’s Marion campus for a year before moving to main campus in Columbus. He became involved with the livestock judging team his junior year.

“That was probably one of my highlights of my college career — the tremendous experience it was being on the livestock judging team,” he said.

All four Isler boys received animal science degrees from The Ohio State University. His oldest brother, Gene, served as Extension swine specialist at Ohio State, a move that got the family more involved in hogs. Brothers Don and Bill Isler went back to the farm after graduation. Dick then had to find a career off of the farm leading him to work for Ralston Purina as a sales manager for four years after college. Life then led him to the Ohio Pork Council where he was hired as the executive secretary. The position would soon become the executive vice-president.

“I thought I’d like to do something different and working in the swine industry sounded good. My family was getting more involved with purebred hogs back then,” he said.

Today, the Isler family is a well-known name in club pigs and commercial hogs.

“When we started out, one of the main purposes of the Ohio Pork Council was to change the image of pork. People used to think pork was too fat, too high in cholesterol, and too high in calories,” he said. “It was of great value to me in my job for the Ohio Pork Council to have a brother as a swine specialist and two other brothers that raised hogs and farmed full time. I’ve been involved in the pork industry as a result of my family background.

“I also knew if we didn’t continue doing things right with the Ohio Pork Council, I had to answer to my brothers,” he said with a chuckle.

In his career, Isler has been heavily involved in the evolution and innovation of the pork industry.

“It’s really shifted now to where we’re not doing so much with advertising as we are with changing industry and farmer image and the image of our members,” he said.

The changing landscape of the swine industry has been drastic since his start with the Council.

“When I started with the Pork Council, a huge percent of farms had hogs,” Isler said. “Now it has changed into a smaller number of families raising hogs, but they have greatly increased their output.”

He uses the example of a normal farm that had about 350 sows when he started, while hog numbers on a farm now are in the tens of thousands.

“That’s one of the really satisfying things with the Ohio pork industry. We’ve grown. The number of hogs produced in Ohio has increased and its all been done through family operations,” he said. “I remember having a meeting and we started to invite people from out of state to talk about the opportunity for raising hogs. I remember talking to the Ohio swine Extension specialist at the time saying we don’t need to do that, let’s just grow from within our Ohio farms. So we did.”

He says he’s proud to see the growth coming from Ohio’s family farms and to see them prosper. The economics of pork and a huge shift to exports for the U.S. industry have presented opportunities and driven changes.

“Farmers are amazing, hog farmers in particular,” he said. “They learn how to manage in spite of adversity.”

In addition to helping grow the industry, Isler said he has a lot to be proud of when he notes the accomplishments of the Ohio Pork Council over the past four decades and his involvement in those endeavors.

“I look back and I think of some of the things that have happened and one of the first things early on was we started an Ohio Pork Congress,” he said. “It started very small in Columbus. We moved it to Dayton and in the 1980s, we had the second largest state swine trade show in the country.”

At the event’s peak, it boasted a trade show with more than 350 booths attended by 5,000 visitors. The show — a social and education staple for swine producers — was moved back to Columbus about eight years ago and it continues to have strong support.

When it originally began, the Ohio Pork Council and Farm Bureau were among the first ag groups to start such a program. Other commodity organizations soon followed their lead.

along with big promotions aimed at consumers and building relationships with political leaders. Whether at a formal meeting in Washington, D.C. or a more relaxed venue discussing issues over delicious pork appetizers at the popular Taste of Elegance, Isler has been instrumental in helping to educate politicians at both the state and federal level about agriculture and promoting a better understanding of the pork industry.

“Over the years, we’ve become more and more involved politically,” said Isler, noting how gratifying it has been to see Ohio’s pork producers build relationships with officials.

But, even though it is no longer part of his career, Isler will not stray far from the pork industry. The relationships that are the highlight of his last 40 years will continue to keep him involved.

“It has been a great run but there comes a time to turn it over to someone that can come up with new ideas to keep improving our pork industry,” Isler said. “I will always remember the friendships with people I have met on my boards during my tenure — they are some of my best friends. It has been truly humbling and I have enjoyed it. I have had the best job in the world. It has been a rewarding experience and I really cherish the time with Ohio’s pork industry.”

The United States now can export sausage and similar products to Nigeria, which announced it …