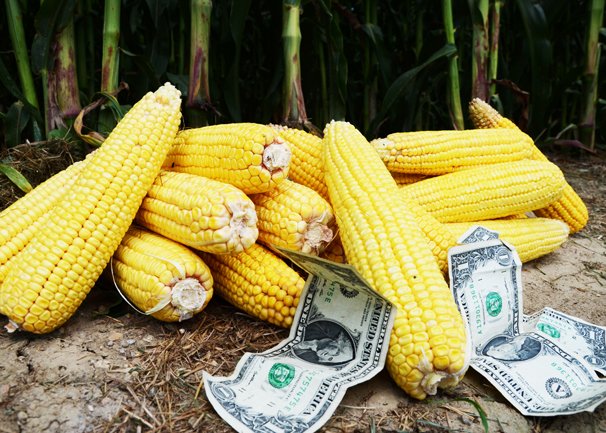 Maybe the most anticipated USDA report of the year was published last week. The biggest take away in the report was carryout bushels. Carryout is the amount of unused grain from one production year to the next, which helps traders to determine if the market is trading at the correct price.

The bullish news was that corn yields and carryout were reduced, causing corn prices to close positively on the day of the report. While reduced carryout estimates are good, there is still 1.87 billion bushels of corn carryout compared to 1.2 billion last year. So, the carryout combined with outside-market pressure and increasing ethanol stocks contributed to a corn sell off the net day.

As I expected, there was little good news in the report for soybeans. The carryout is estimated at 410 million bushels (compared to the tighter 92 million last year). The market was anticipating a slight carryout drop, thus the big drop. Some have said that the bean highs could be behind us for the next year.

Now everyone will start looking forward to how many acres of corn and soybeans will be planted in 2015. Some expect farmers to plant equal acres of corn and soybeans. This would result in 2 million less acres for corn and about 4 million additional bean acres. If that would happen, assuming average weather, carryout next year could be as high as 700 million for beans. Soybeans have not had carryout that high in 10 years. This scenario could send bean prices much lower.

Global carryout figures are also a factor. South America is expected to have a record crop this year, something that the market hasn’t seen at the same time as a large U.S. carryout. Questions still exist as to what Argentina will do with much of their old crop still stored from last year, as well as this upcoming large harvest. Another twist is the Argentine Peso, which continues to lose value due to high inflation rates. Rumors that the government will force farmers to sell grain in an effort to raise money through taxes on soybean exports continue to circulate.

If prices continue to fall into spring planting (maybe to $9.40), its uncertain if farmers will still plant so many more beans if corn prices stay above $4.15 (a ratio of 2.25:1). Historically, when the spread is under 2.4:1 farmers tend to plant more corn. In my opinion, the market does not have to rally to buy corn acres, it could achieve this by reducing bean acres. I keep telling my clients that beans are open to the most downside risk at this point .

So where can the corn market go after this report?

Short-term there were technical signs suggesting the market could move to $4.25, which would put new crop (Dec) at about $4.50. After the Jan. 13 price drop, the technical traders completely changed their tune on this market, which makes it difficult to estimate where prices will go. If beans continue to slide it is likely that corn will follow.

On a more positive note, elevators and traders are saying this week when prices declined, farmers quit selling. Basis at ethanol plants surged a higher to encourage a little corn movement. It’s unclear if this means that corn can rally back to $4 this or next month. Many traders think it is possible, but it’s hard to anticipate with the information today.