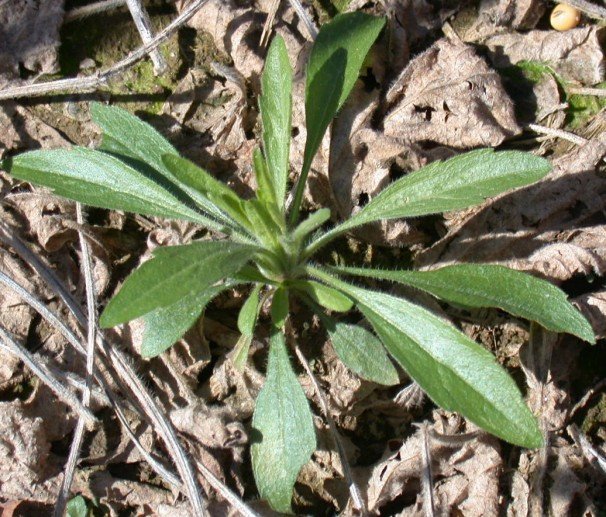 The United Soybean Board is the organization that uses the soybean checkoff funds to benefit U.S. wide soybean growers. One concern that the Board has taken on is the rising level of resistant weeds across all soybean areas. As we went through the ALS years of Pursuit and Classic we saw the development of the large number of resistant weeds to those products. Then we entered the RoundupReady era, which at first was our savior, then our downfall. One thing researchers and savvy soybean growers learned — it’s just a matter of time until resistant weeds develop.

So the United Soybean Board has developed some very nice materials to fight resistant weeds. Mark Loux our Extension Weed Specialist was able to get 2,000 packets of this new material for Ohio and they have been very popular at our winter pesticide re-certification training programs. The new campaign to manage resistant weeds is called “Take Action” against herbicide resistant weeds. The website to get more information: http://takeactiononweeds.com. I especially like the Site of Action chart: http://takeactiononweeds.com/understanding-herbicides/site-of-action-lookup/.

There are no new herbicides – this is not quite a true statement, as there are many new names, but it is the active ingredient that is important. The rest is about marketing. So the site of action chart will help determine the active ingredient in a commercial product. I still remember as we were discovering the resistant marestail across Ohio, a farmer told me he had the solution to his marestail problem. He had been using “Roundup” until he learned it didn’t work any more, so he switched to “Buccaneer.” Only after he applied the product to his marestail, and failed to control the weed, did he come to understand that Buccaneer has the exact same active ingredient as Roundup. This chart will help avoid those mistakes.

One other very nice benefit of the packet, and also available on the website, is the reference to the 11 worst (for resistance) weeds.

All of these are resistant to at least two different products or active ingredient types. The worst offender on the list is Barnyard grass, resistant at nine sites of action. Next is Common waterhemp with six, then Palmer amaranth and Marestail with five different sites of action within the plant demonstrating resistance.

Do use the chart to help plan your herbicide action plan. Use a broad spectrum herbicide, apply multiple sites of action to the same weed, and do not overuse one product. The last item in the Take Action packet is a pledge to identify your weeds, and to do better. My mother always said your goal in life is to do better — this applies to your soybean crop too.