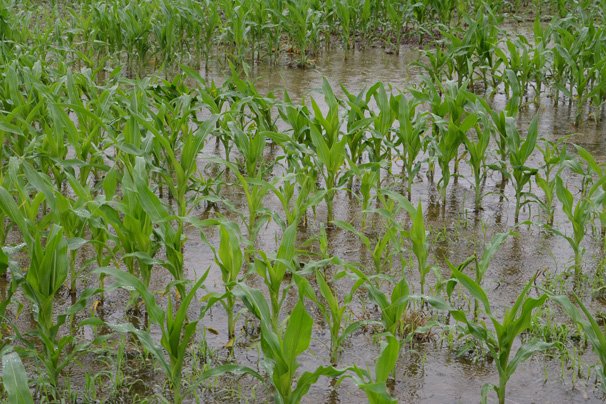 Oxygen a vital nutrient for corn

There are many things in life that we take for granted, such as the sun rising in the east and setting in the west, April 15 being tax day and a salesman showing up just before you were wanting to leave early for the day! There are also some things in the world of crop production we take for granted — it will be hot in August and the weather forecast modules are always wrong after we mow hay.

Crop nutrients can be taken for granted as well, with oxygen being one of those. Growers spend considerable amount of time talking and managing nutrients such as N, P and K (and if we are in a really risky group we may whisper the words boron and zinc). But to bring up oxygen at the coffee shop as a vital nutrient we should manage — that will reward you with the bill. The reality is, though, that a grower’s success is based on the oxygen levels in their soils, but the process of oxygen and carbon dioxide exchange happens so naturally and without intervention that it is all but taken for granted.

Corn roots along with many of the microorganisms in the soil require oxygen to survive. Roughly 99% of the time the oxygen is supplied naturally by the soil respiring or “breathing” carbon dioxide out of the soil and taking in oxygen. The biological system is rather amazing in its complexity and simplicity. Oxygen is critical in the plant to help drive the manufacturing of energy used to grow and produce grain.

Why is all this important and why should any grower care? Great question and it is hard to believe that it took this long into the article for you to ask! Corn roots use respiration to “breathe.” Corn roots require oxygen to produce the energy to grow and live. The sugar is supplied from photosynthesis in the above portions of the plant and used by the roots during respiration to grow. Remember oxygen is overlooked a majority of the time because it is usually there in adequate amounts, but the one factor that greatly impacts oxygen levels in soils is soil moisture.

The state has been receiving an excessive amount of rainfall for varying amounts of time depending on where you live. As the soil is filled with water, the oxygen is pushed out and there is limited to no supply for the corn roots to live and function. Typically the soil has a reservoir of about 24 hours of oxygen for the plants. The saturated soils are often blamed for stunted crop growth, but that is actually only part of the answer. The corn plants look the way they do because they are lacking oxygen to produce energy and to actively bring nutrients into the plant to support growth. The lack of oxygen leads to stunted plants that are showing numerous nutrient deficiencies. Although the plants are showing deficiencies the soils are more than likely not deficient, the plants just cannot take them up due to the lack of oxygen.

What else does an oxygen deficient soil lead to? Denitrification is the main concern in soils that have been saturated and limited in oxygen. There is a group of microbes that have the ability to survive in oxygen depleted environments by “stealing” oxygen from molecules such as nitrate nitrogen. Here is how that works:

As the oxygen is taken off of the nitrate nitrogen molecule it becomes a gas and released into the environment and it is lost from the corn plant. The denitrification process is a huge robber of our nitrogen in saturated soils. Also, these microbes release toxins into the soil as they “breathe.” Those toxins are what causes saturated soils to smell bad.

Saturated soils and stunted corn are not ideal, but understanding what is happening out in the fields will hopefully answer some of the questions that arise from the water logged fields of Ohio.